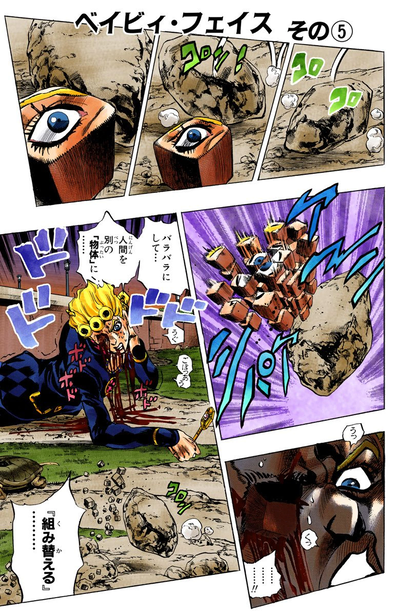 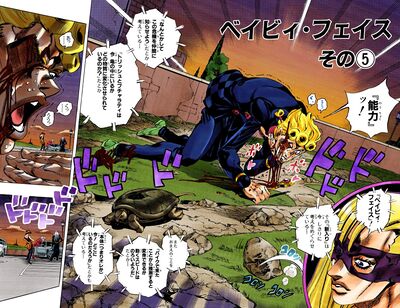 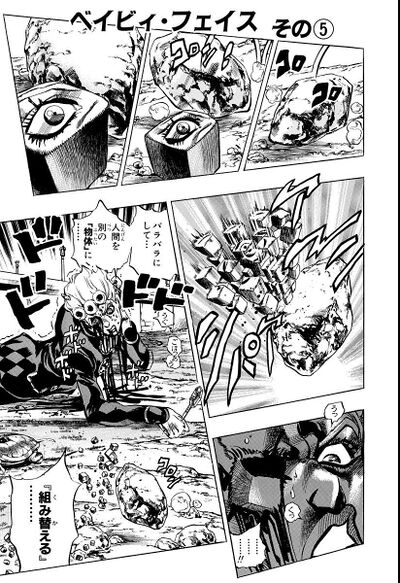 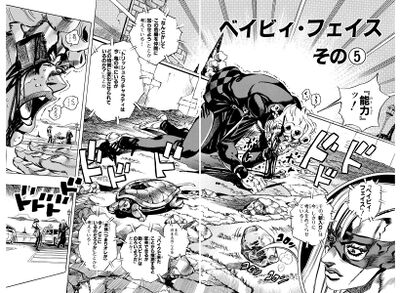 Giorno tries to attack the rock Baby Face transformed into, but it divides itself right before Gold Experience's punch connects, nearly taking another piece of Giorno in its counterattack. Suffocating, Giorno attempts to flee and and alert his comrades. He starts climbing the low wall, which was hiding him from the rest of the squad. Baby Face fuses with the wall and takes another piece of Giorno's throat, sending him to the ground.

Baby Face, sure of its victory, reveals itself and goes to the motorcycle. Giorno confronts him again, having learned from Baby Face's power to transform objects into specific organs instead of whole life forms and replacing his throat, eye and foot.