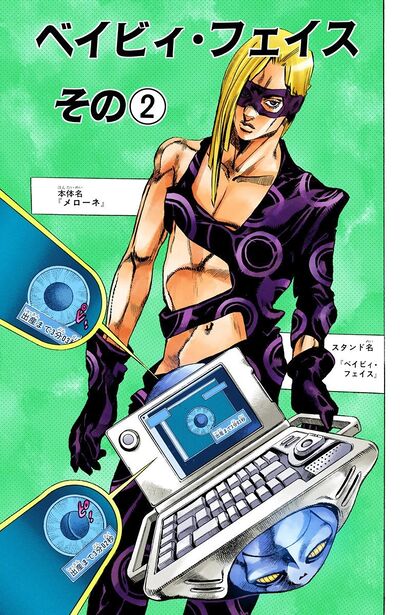 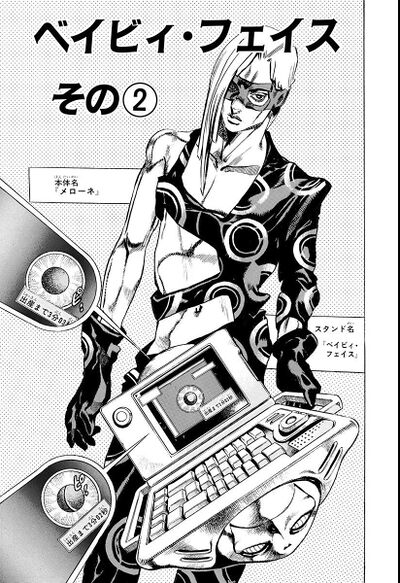 The secondary Stand hatches but remains unseen. Melone then spends some time educating it and instructing it on its mission. Melone focuses on killing and how to kill Bucciarati's squad, but emphasizes sparing Trish.

Influenced by the mother's own violent nature, the secondary Stand learns quickly and consumes its mother, decomposing her into small cubes and stealing Melone's motorcycle. As the squad walks on the side of the road, Giorno suggests that they steal a car.