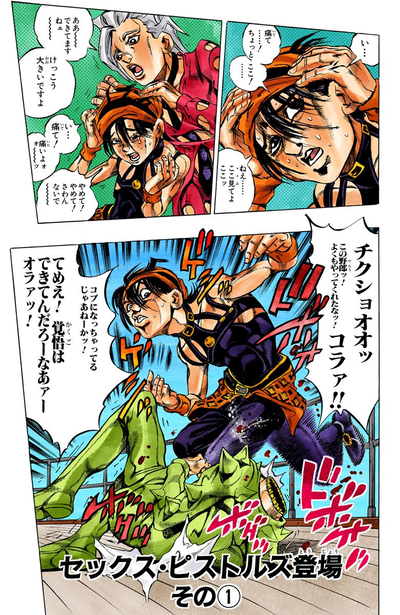 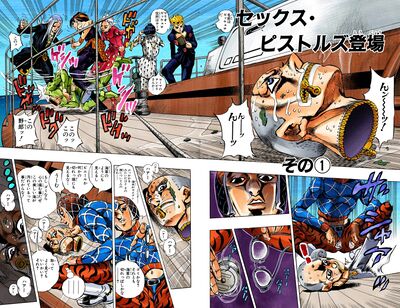 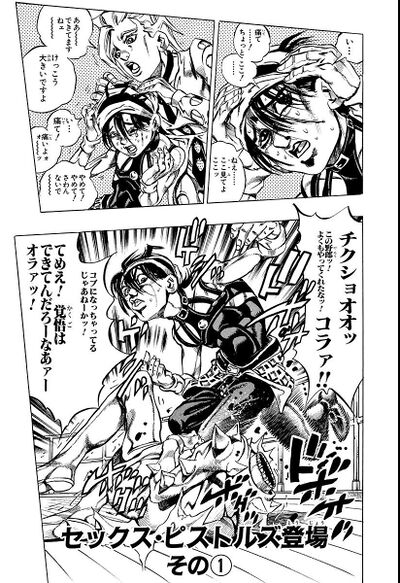 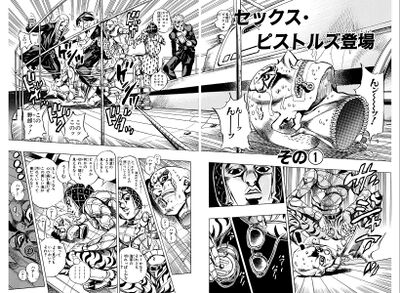 Capri, a beautiful island of steep slopes and amazing views, is the location of Polpo's treasure. Team Bucciarati is on their way there, with the captured Zucchero aboard their yacht. Mista begins torturing him, inquiring about Zucchero's partner. Narancia begins dancing, with Fugo and Mista soon following along. Using Moody Blues, Abbacchio learns that Zucchero had contacted his partner with a radio, and by using a motorboat, reached Capri first.