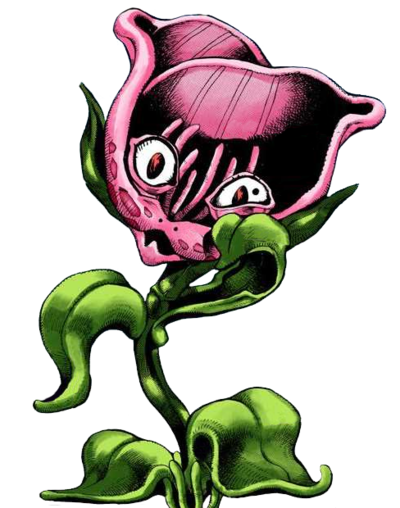 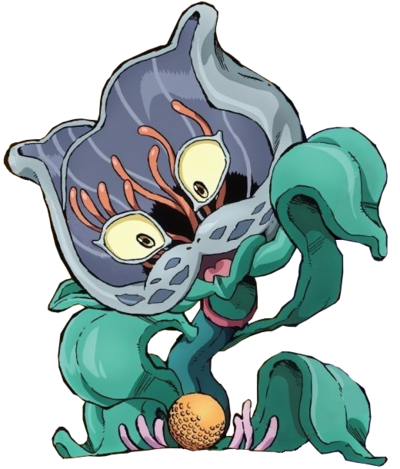 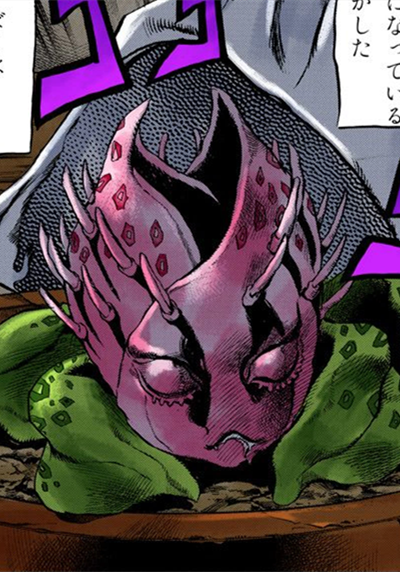 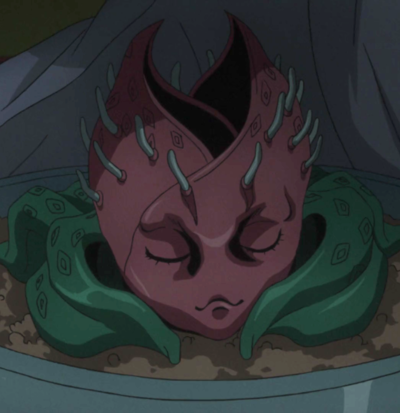 Like all cats, Stray Cat has a hunter instinct and is seen chasing after insects, thrown pieces of paper, and birds. He is proud of his former fur and tail. He loves running and jumping but cannot do so as a plant.[4] Stray Cat likes tuna, shrimp, sticking his head in paper sacks, watching TV, and being praised. Like all cats, he dislikes direct eye contact, having his nose blocked, cigarette smoke, wasabi, oranges, and being cold.[3]

Stray Cat is vindictive and aggressive, and the acquisition of his power makes him confident in his ability to fight anyone.[5] He considers anyone who hinders him to be an enemy and will seek to eliminate them with his bubbles, be it Yoshikage Kira protecting Shinobu from him,[6] Hayato Kawajiri trying to close the window on the plant,[7] or anyone giving the impression of attacking him. Kira uses that aggressiveness to his advantage against Josuke Higashikata.[8] Stray Cat is also vicious, as seen when he tries to kill Kira by pushing a bubble into Kira's bloodstream and his heart.[6] He bears a deep grudge against Shinobu, who hit him with a broom[4] and will attack her on sight.[5]

He retains his laziness as well from when he was a cat. For his winter plans, it's stated that although he wants to stay active, Stray Cat plans to sleep a lot under the kotatsu.[7]

Stray Cat, being a sentient flower, possesses cat-like and plant-like properties. He still has eyes, a nose, and a mouth to examine his surroundings with. Moreover, his activity and power is directly linked to sunlight, as he depends on photosynthesis. Despite this, he still has a need to breathe in oxygen in order to survive, rather than completely relying on this photosynthesis. In direct illumination he is quite powerful, but conversely is very weak at night.[3] When completely without light, the Stand enters a dormant state and can be easily subdued.[7]

Stray Cat has the ability to control the air near him[6] with his whiskers.[3]

Stray Cat's main usage of this ability is to make invisible bubbles of compressed air and shoot them toward his targets, but can also shield himself from attacks. It instinctively used this ability to block the explosion of Killer Queen's bomb.[5] He is initially shown to curl up his petals to do so, but that quirk disappears afterward.[6]

The bubbles are durable enough to block Killer Queen's kick[6] and even Crazy Diamond's punches.[8] When they are shot, they have enough force to severely wound somebody or kill them at point-blank range.[1] If he feels particularly vicious, he can even force a small bubble inside one's bloodstream and try to cause an embolism. When they hit, a cat's pawprint is visible inside the impact zone. They are also invisible and can be remotely burst by Stray Cat if it wishes.[6] However, the bubbles can be popped like a balloon.[7]

Stray Cat is also capable of morphing the air bubbles he creates into different shapes as well. He binds Hayato's neck and arms in mid-air by compressing his air bubbles to be shaped like cuffs.[7]