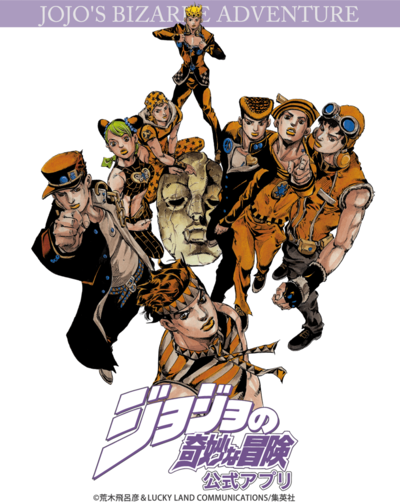 JoJo's Bizarre Adventure: The Official App (ジョジョの奇妙な冒険 公式アプリ, JoJo no Kimyō na Bōken Kōshiki Apuri) was a free mobile application for Android and iOS. The app was announced on May 19, 2017[1] and released on June 29, 2017, in Japan.

The official app allowed access to chapters from the JoJo's Bizarre Adventure series, ranging from Phantom Blood to JoJolion. It also featured JoJo-related news, daily quotes, a collection of maps, and an Iggy pet simulation game. 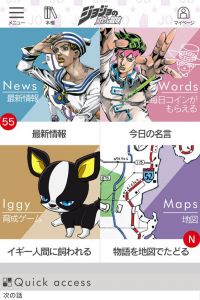 The manga reader also comes with a map feature that provides more information on the real-life key areas of the JoJo's Bizarre Adventure story. To unlock a point on the map, a chapter must be purchased whose story takes place on that point of the map. (i.e., purchasing a chapter from the Emperor and Hanged Man story arc will unlock Calcutta on the Part 3 map.)

Valentine's Day 2020 Poll: "Characters I'd like to give me chocolate. I'd even accept Giri"