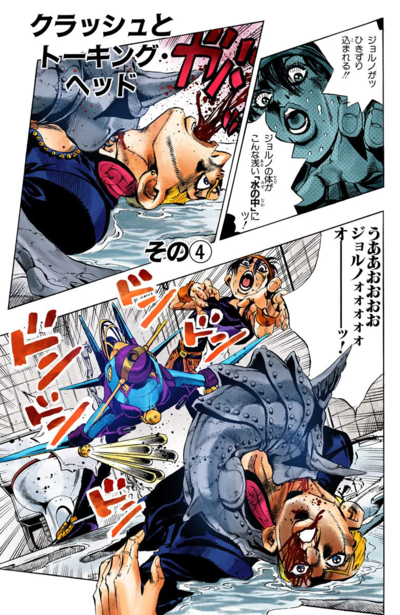 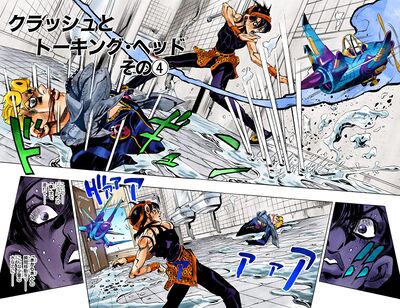 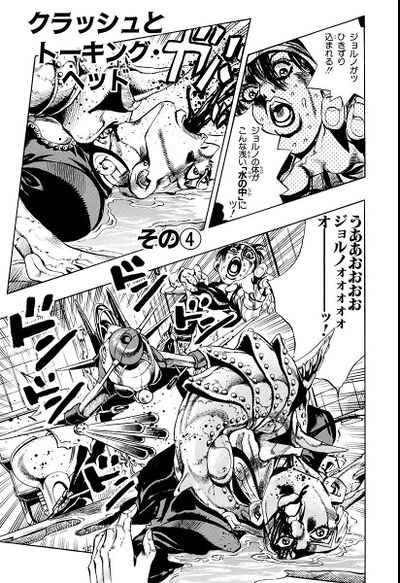 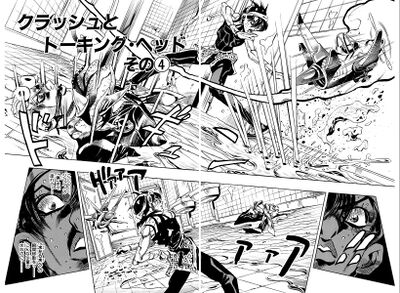 Clash and Talking Head, Part 4 (クラッシュとトーキング・ヘッド その④, Kurasshu to Tōkingu Heddo Sono 4), originally It Got Away!! (逃げられた!!, Nigerareta!!) in the WSJ release, is the eighty-ninth chapter of Vento Aureo and the five hundred twenty-eighth chapter of the JoJo's Bizarre Adventure manga.

Clash is able to teleport itself and Giorno with it between puddles, and Narancia cannot touch it with Aerosmith since it teleports too rapidly. Tizzano advises Squalo to quickly kill Giorno, since he's still breathing and Narancia can track Clash this way.

Narancia then yells that he's lost Giorno's trace. Squalo then relaxes a bit, when Tizzano realizes that Narancia cannot tell the truth, and Aerosmith appears near Clash thanks to the incendiary bullets making detectable smoke. The Stand shoots Clash, injuring Squalo. As a result, Narancia can track Clash's wounds.