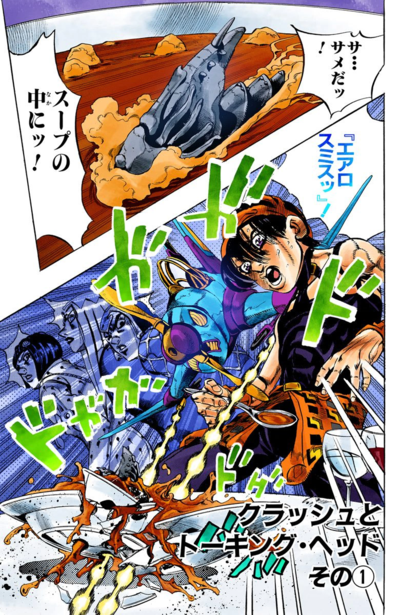 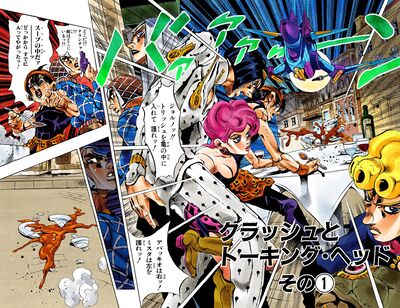 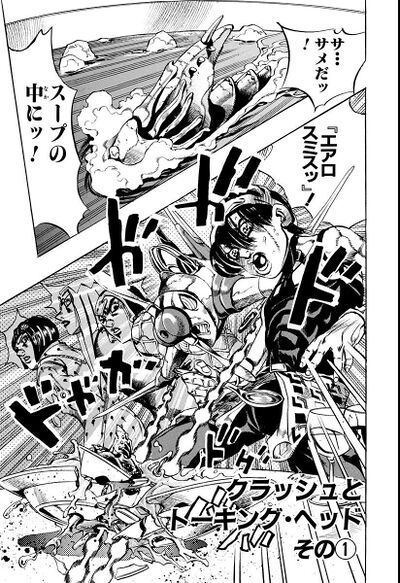 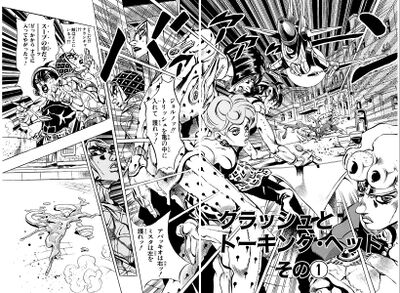 The scene is observed from afar by Tizzano and Squalo, members of Passione, and Squalo tells the former that his shark-like Stand Clash successfully planted Tizzano's Talking Head into Narancia's mouth.