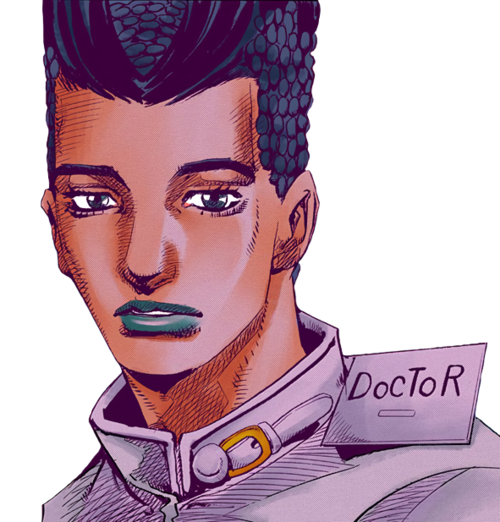 The series is known for alternating colors between media, the information presented below may or may not be canon.
Skin(Fair skin, verdigris lips)
Hair(Black and gray)
Eyes(Green)
Outfit(White coat, golden accessories)

“
I have not failed. Not a single time... in my life. In school exams... the national doctor exam... my driving test to get a license... I passed them all on the first try.
”
—Tomoki 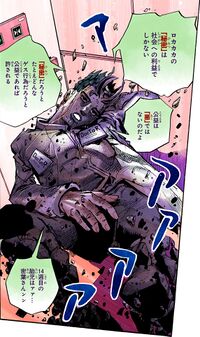 Though not much is known about his personality, Wu appears to be polite and calm while working with patients. He is shown to temporarily derail conversations in order to indulge in an eccentric eating habit, which includes consuming excessive amounts of nori and silicon-infused water in short bursts. That being said, he seems to typically ask for permission from his patient before snacking.[5]

Wu claims that he has never experienced failure once in his entire life, citing very important events such as exams as proof of his perfection. He even goes so far as to say that he's never failed at love, never approaching women if he senses that there might be anything wrong with them.[6]

Wu considers himself to be a righteous doctor who will heal anyone that comes to him, without fail. He treats the Locacaca as a "public good" used to heal others, in contrast to those with more personal intentions like Josuke. As a consequence, he also considers that anything he does to heal his patients, however evil or vulgar it may be, will be forgiven as long as the treatment is a success.[7]

Wu is also very secretive about his involvement with the Locacaca Organization. He goes to very extreme lengths to keep information from those who could potentially be a threat, disassembling and hiding an entire wheelchair and seemingly vanishing moments after treating a patient to avoid confrontation with Yasuho when she becomes suspicious of Mitsuba's presence at the hospital.[8] 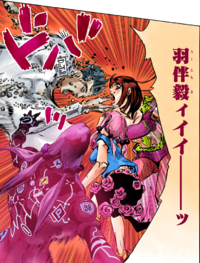