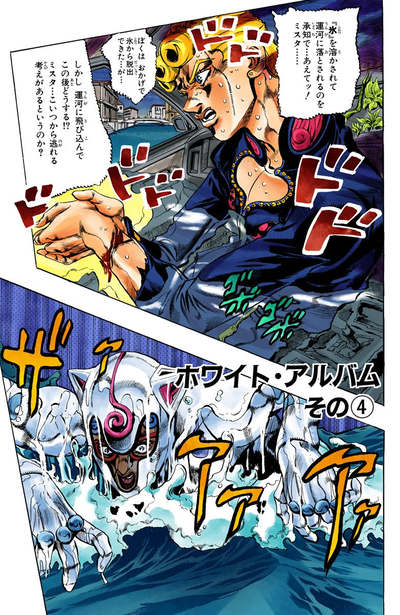 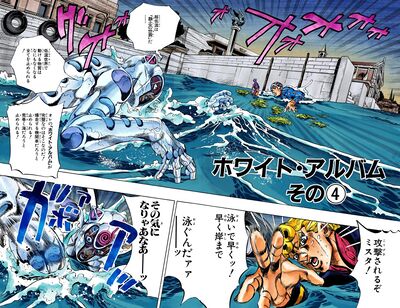 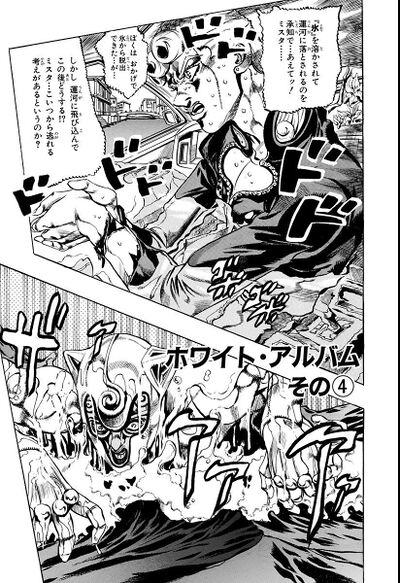 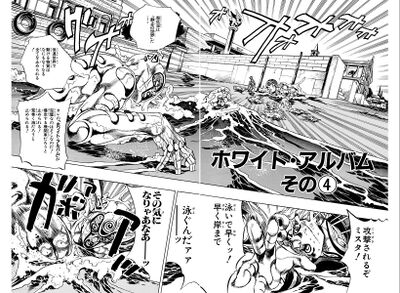 Ghiaccio swims toward Mista, surrounding him with ice. Giorno tells Mista to flee, but the gunslinger spots bubbles around Ghiaccio's neck and concludes that the armor must have an airhole somewhere. He shoots at Ghiaccio's neck, but it is protected. As Mista is almost overwhelmed by the ice, Giorno yells at Mista to shoot the herbs floating on the water.

The herbs, reverting back into a screw, are propelled toward Ghiaccio and the screw, manages to pierce the forehead of the armor, wounding the assassin. Mista presses his advantage and empties his revolver on the screw, driving it into Ghiaccio's forehead and forcing him underwater. Mista also dives underwater and sees White Album's weakness: the airhole situated on the nape of the neck.