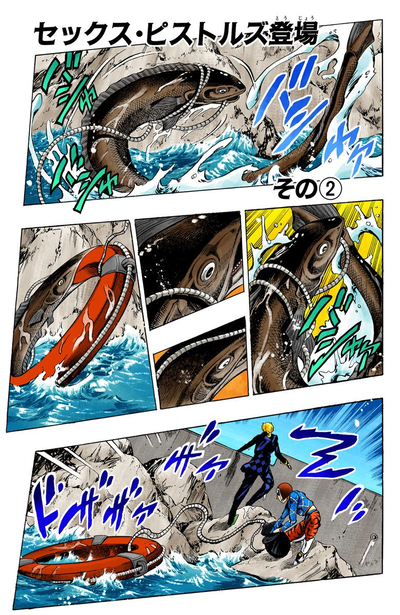 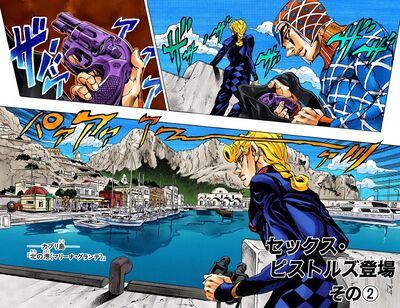 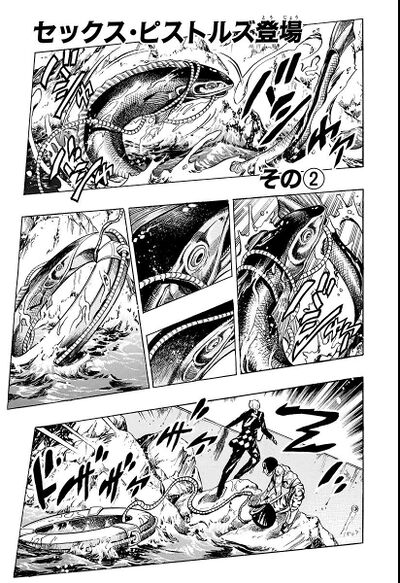 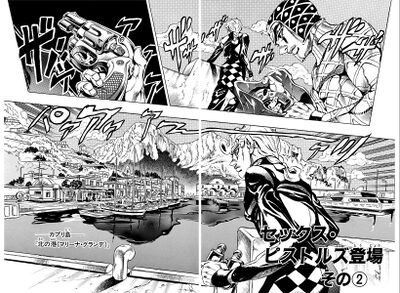 After successfully landing on Capri's Marina Grande, Giorno and Mista begin their search for the enemy Stand user. To Giorno's dismay, Mista begins preparing lunch, but it is actually for his Stand, Sex Pistols. Mista convinces his Stand to skip their afternoon nap and begin the hunt. Giorno and Mista come up with a plan to lure the enemy into a room where Mista will ambush him.

They use a radio to contact a nearby building, claiming to be Zucchero, and they will attack whoever enters the radio room. However, the enemy enters without Giorno noticing and contacts Giorno. The enemy then notices Mista lurking outside the window. Over the radio, Giorno alerts Mista to the enemy's presence, and Mista finds his prey.