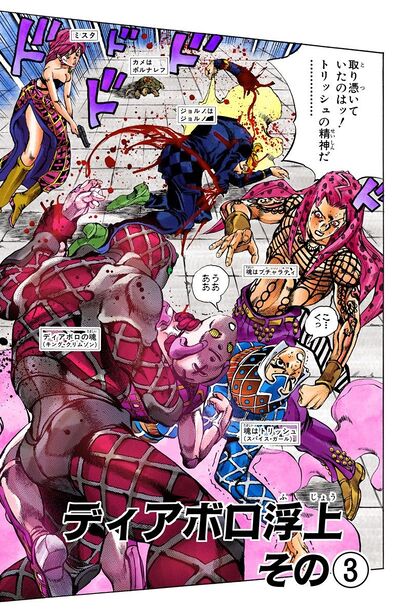 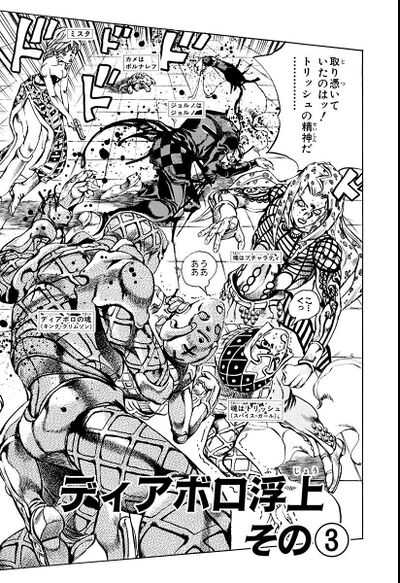 Diavolo effortlessly evades every bullet, being able to predict their path. When he arrives near Requiem, Diavolo turns around it, and seeing the shadow moving, attacks behind his head, severely crippling Requiem and taking the Arrow. Giorno uses that opportunity to transform his blood on King Crimson's fist into a colony of ants which munch through the arrowshaft and make the arrowhead fall.