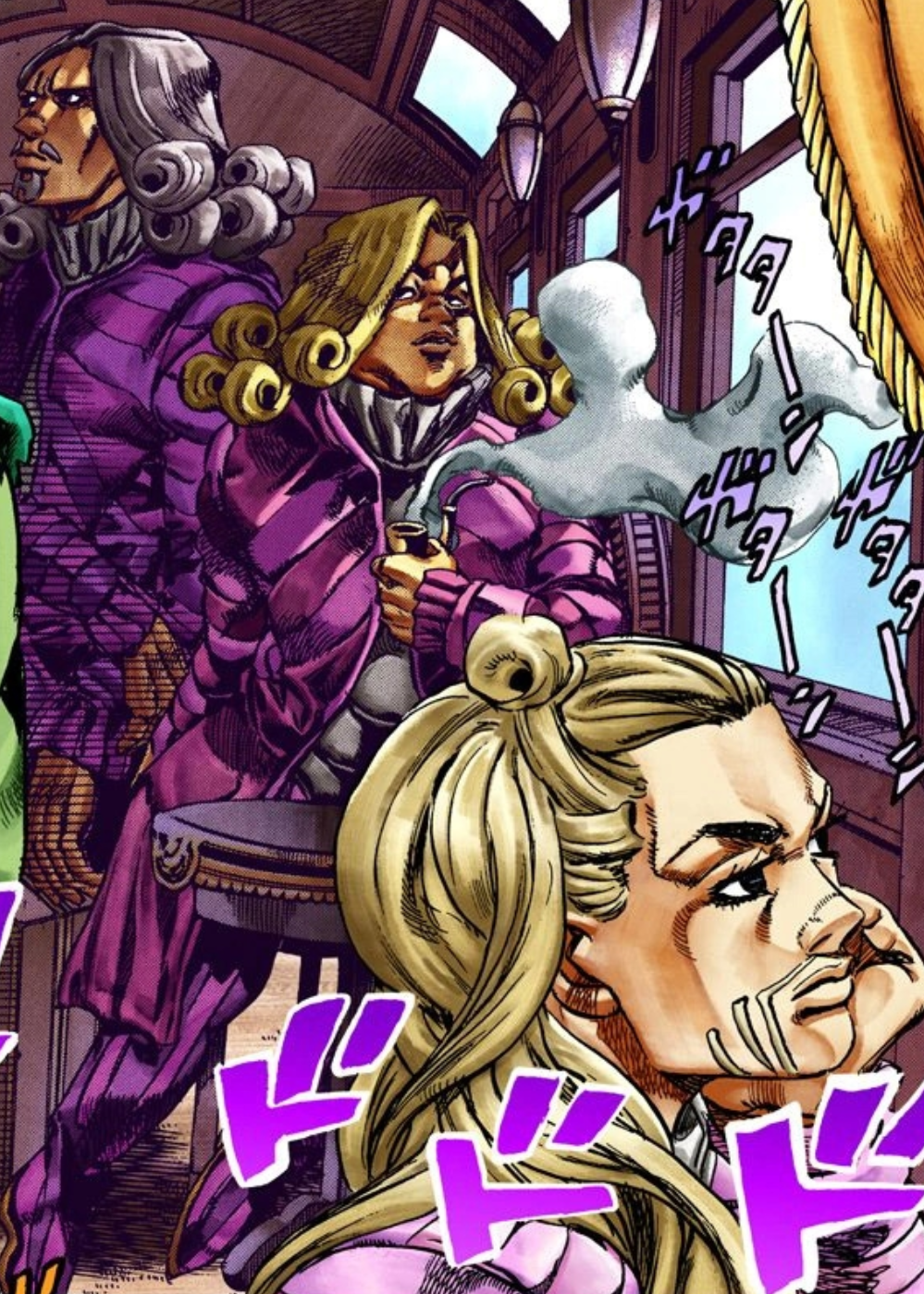 SBR Chapter 25
“
What my subordinates are undertaking, Mister Steel, is a plan! It is not murder... just the simple execution of my orders.
”
—Funny Valentine, SBR Chapter 25

In his search for the Saint's Corpse, President Funny Valentine has hired an assorted array of men to watch the Steel Ball Run and take the Corpse Parts from any participant who'd have the luck and valor to acquire one of those.

They primarily watch the race from afar and bid their time until their targets, typically Gyro Zeppeli and Johnny Joestar, are in a vulnerable position. Although their first goal is to seize the Corpse Parts from the duo's corpses, they can perform other tasks that will contribute to Valentine gathering every Corpse Part such as informing him of other locations. Most of Valentine's agents are assassins, however a handful of them are responsible for his protection such as Mike O. and Blackmore. Valentine's agents seldom work as a group and seem to only directly follow the President's orders, only occasionally cooperating.

Despite working for Valentine, they each have a wide range of motivations, from loyalty to Valentine to monetary gain. However, their goals aren't explored much.