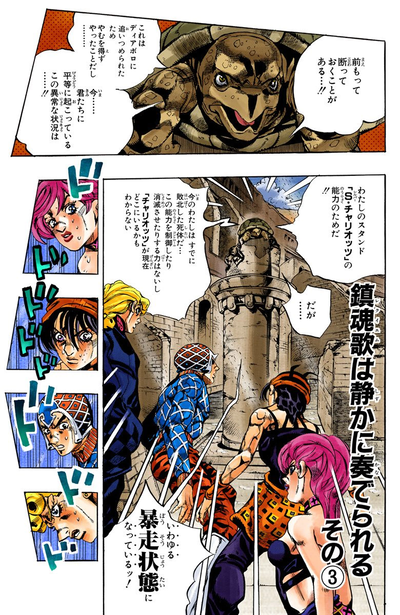 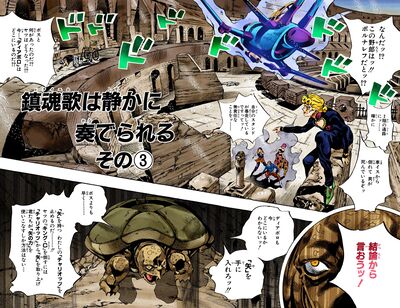 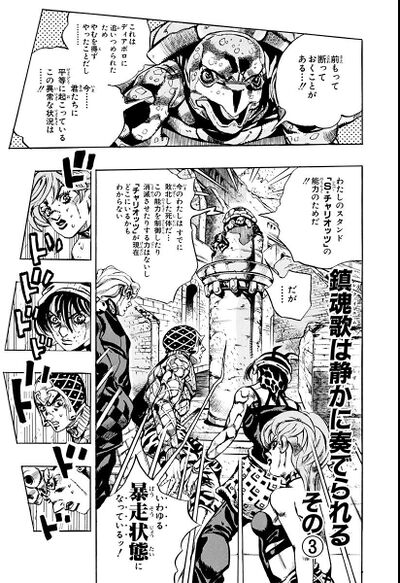 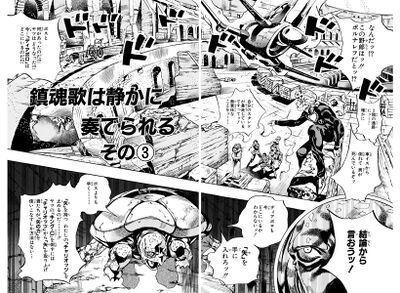 The Requiem Quietly Plays, Part 3 (は静かに奏でられる その③, Rekuiemu wa Shizuka ni Kanaderareru Sono 3), originally The Story of What Lies Beyond! (「その先」の話！, 'Sono Saki' no Hanashi) in the WSJ release, is the one hundred thirty-fifth chapter of Vento Aureo and the five hundred seventy-fourth chapter of the JoJo's Bizarre Adventure manga.