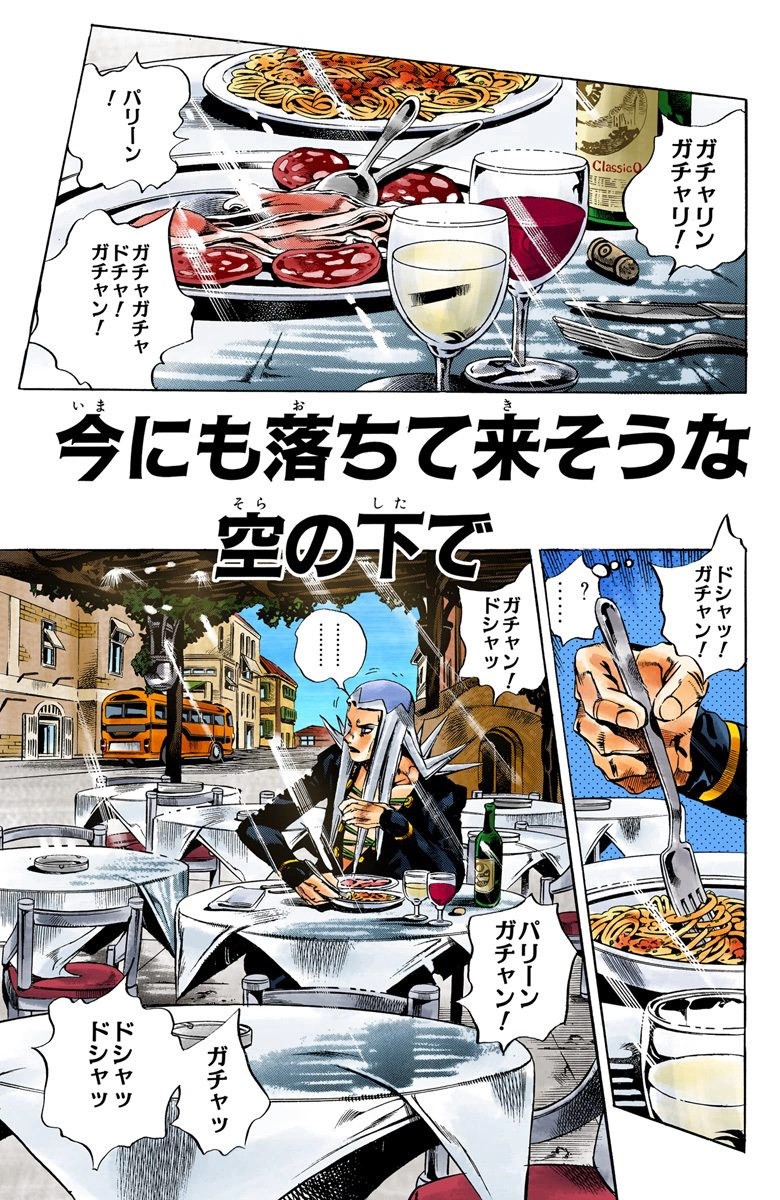 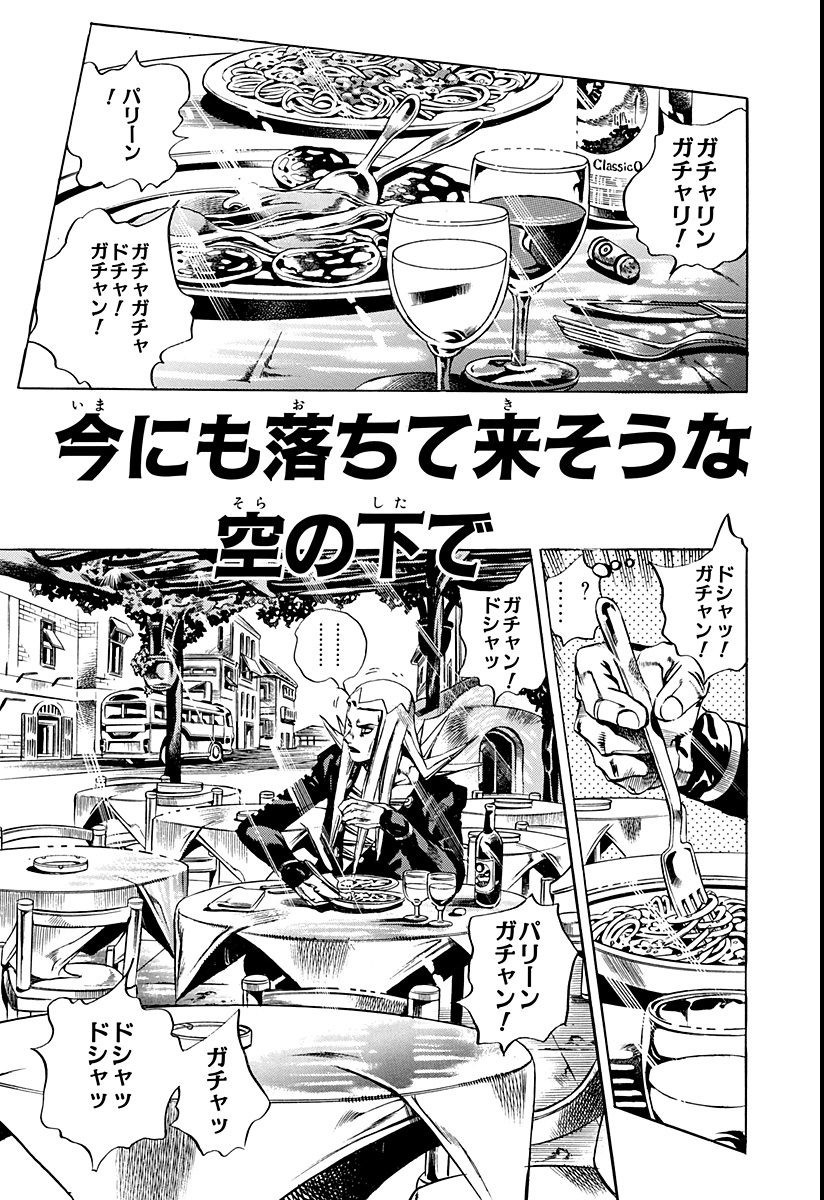 Beneath a Sky on the Verge of Falling (今にも落ちて来そうな空の下で, Ima ni mo Ochite Kisō na Sora no Shita de), originally The Power of "Will"!! (『意志』の力!!, "Ishi" no Chikara!!) in the WSJ release, is the one hundred eleventh chapter of Vento Aureo and the five hundred fiftieth chapter of the JoJo's Bizarre Adventure manga.

Abbacchio finds himself eating at a restaurant, and sees a policeman investigating numerous pieces of broken glass, looking for handprints. Abbacchio asks if the policeman isn't bothered by the effort and the corruption which will allow the culprit to be freed even if the police catches him. The policeman replies saying that he isn't looking for results, for people lose sight of reality if they do so; He's instead looking for the truth.

Abbacchio can only tell that he wished he had such integrity, but his interlocutor says that he regained it by going with Bucciarati, and fulfilled his mission. Abbacchio recognizes the policeman, his partner who was killed because he accepted a bribe. Suddenly remembering his death, Abbacchio sadly claims that he has to go back to his friends, before his old partner tells him that he can't.

On the beach, everyone is shocked that Abbacchio could have been killed so swiftly that Giorno couldn't arrive in time to heal him. While Giorno is left in disbelief and shock, Narancia desperately begs for him to do something, and that Abbacchio can't be left alone. Bucciarati, saying that they've lost their trail, coldly orders everyone to withdraw, walking away from the body. Giorno spots one little rock in Abbacchio's hand and transforms it into a ladybug which flies to the small landmark present in Donatella's photo. The party discovers a negative of the Boss' face and handprints, meaning that Abbacchio succeeded despite his death, watching from the sky alongside his partner.