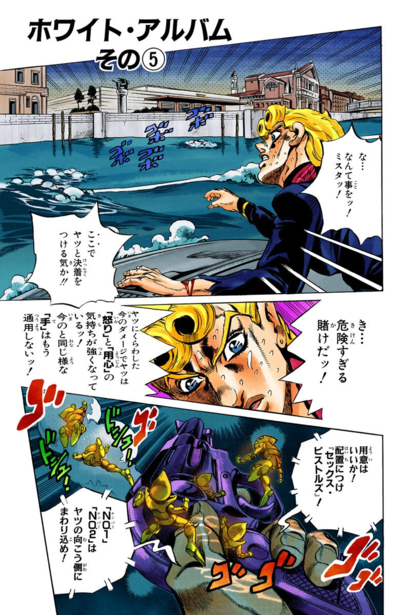 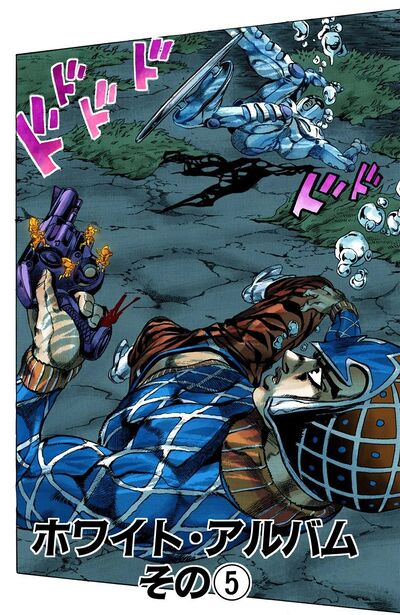 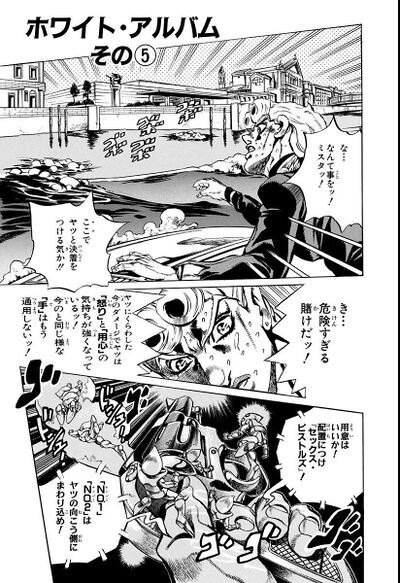 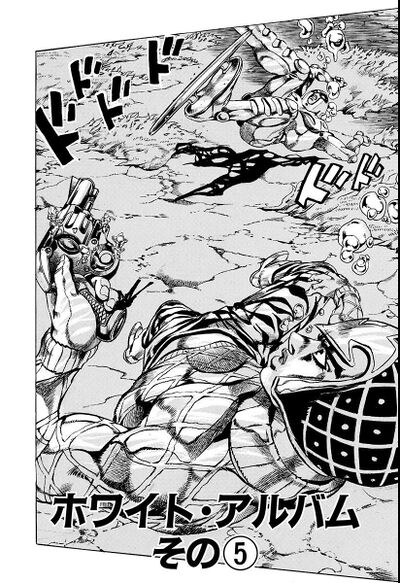 As Ghiaccio swims back to the surface, Mista plans to shoot him in the nape as he resurfaces. Sex Pistols reveals that White Album's helmet blocks the airhole, which Mista alleviates by distracting Ghiaccio when he shoots a fish, making the assassin turn his head and freeing the way to the airhole.

Mista shoots and successfully reaches the airhole, but Ghiaccio remains unharmed. Revealing his technique, White Album Gently Weeps, Ghiaccio freezes the very air around him. This forms an invisible barrier, bouncing the bullet back at Mista.

Mista, reaching the plaza despite his wound, is guilt-ridden for his failure as Ghiaccio retrieves the disk. Giorno sees that, predicts that Mista will sacrifice himself to make up for it, and his determination is renewed.