No Flightcode! Headed for Sardinia 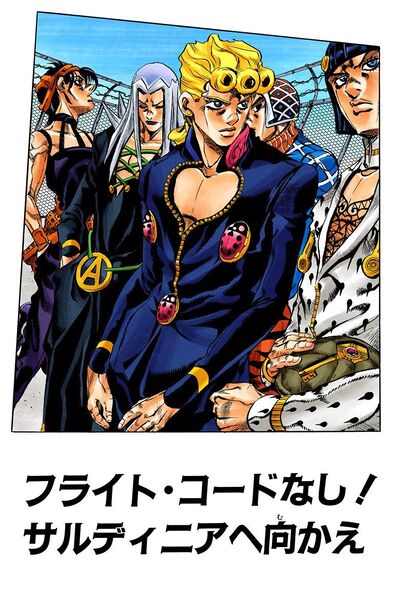 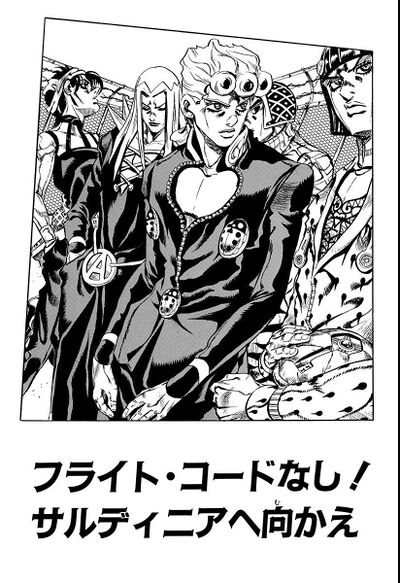 Bucciarati's group enter Venice airport, disposing of the guards confronting them, and hijack a small plane which Moody Blues will pilot. Knowing that no Stand can catch up to a plane, Bucciarati orders the group to kill anyone approaching the plane. During the preparation, Trish notices Bucciarati's wounds from Clash's fight, but sees that he strangely doesn't bleed from it.

Mista sees Carne, a Passione member approach; warning him not to go closer, Mista shoots his leg. Carne then summons his Stand Notorious B.I.G, but Mista's Sex Pistols drive several bullets through Carne's head before he can do anything.