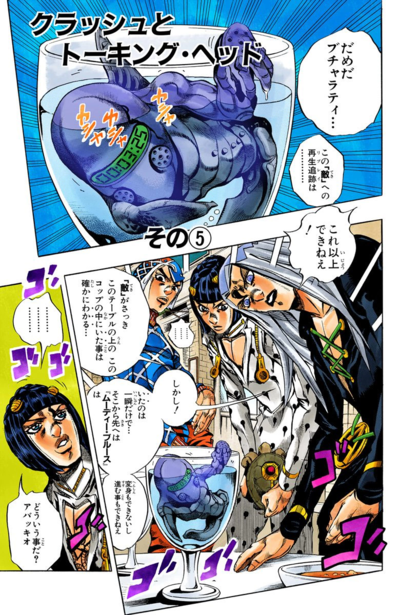 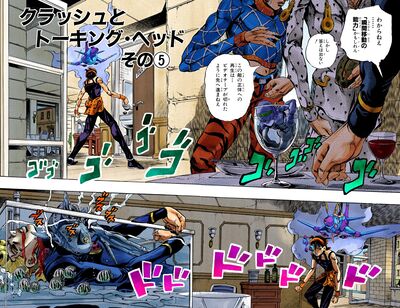 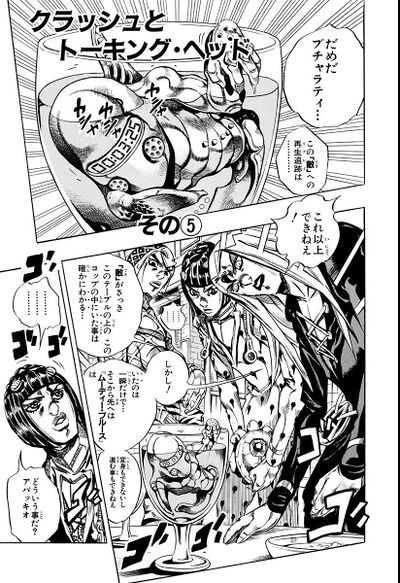 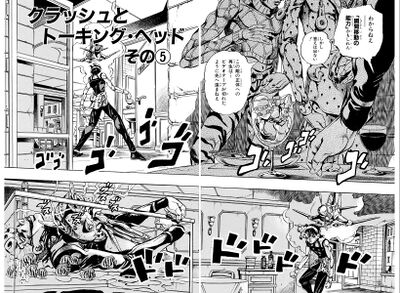 Tizzano retracted Talking Head to lure Mista and the others into the kitchen. Using his Stand again, Tizzano causes Narancia to urge Mista to shoot when he wanted to warn him about the gas leak, and Mista causes an explosion, stunning everyone and making Narancia lose track of Clash.