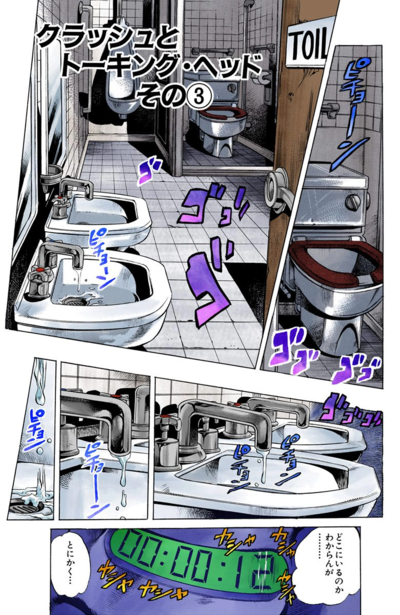 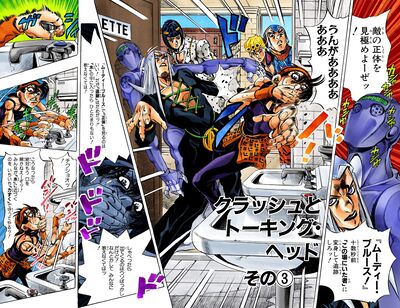 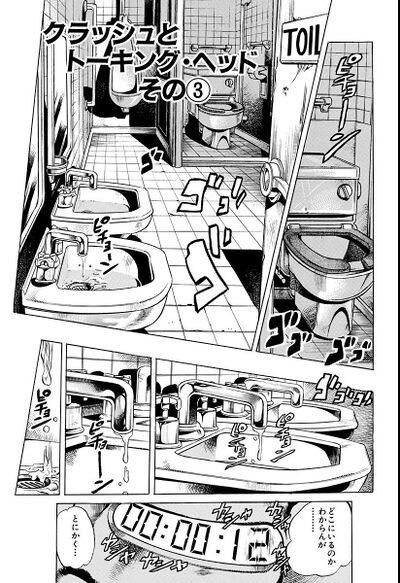 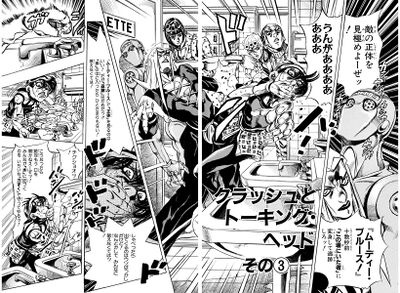 In the toilets, Narancia desperately tries to get the group away from any water source, going as far as pissing into a toilet bowl in front of them to ward them off. Giorno suspects something is happening since Narancia is trying to block his own mouth, but Mista repeatedly denies the possibility, moving Narancia's arm away. As a result, this makes Narancia say that everything is fine.

The group leaves the toilets to investigate the wine, as they planned, when Talking Head controls Narancia's tongue and grabs his switchblade with it, causing a cut. Giorno alone notices it, and tries to approach Narancia to heal the cut.

Narancia realizes that Giorno is the enemy's likely target since he's their healer, and shoots Aerosmith's incendiary bullets into a pipe to heat it and cauterize the wound. Giorno now openly suspects that Narancia is forced to lie, but before he can do anything, Narancia sees that damaging the pipe caused a large puddle to form around Giorno. A large Clash suddenly mauls Giorno.