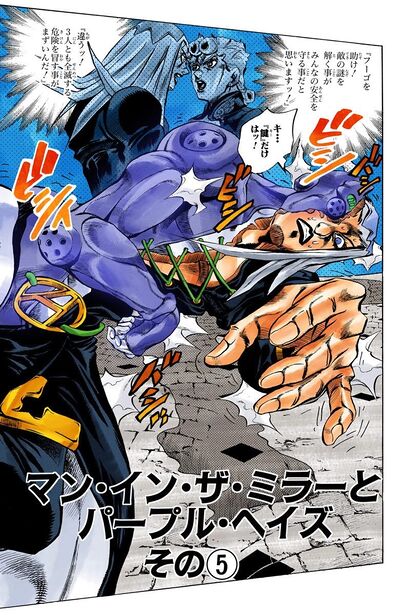 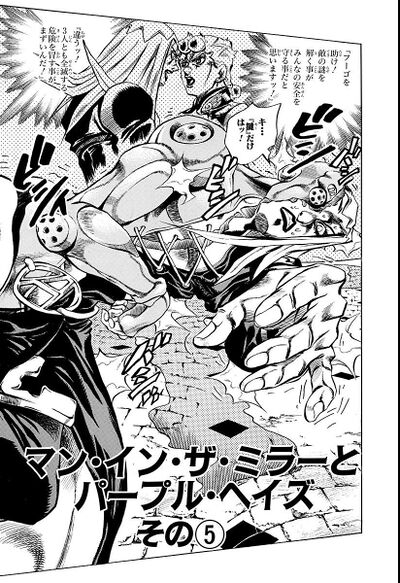 Man in the Mirror and Purple Haze, Part 5 (マン・イン・ザ・ミラーとパープル・ヘイズ その⑤, Man in za Mirā to Pāpuru Heizu Sono 5), originally Get Out of Here, Quick! (さっさと行け！, Sassato Ike!) in the WSJ release, is the forty-fourth chapter of Vento Aureo and the four hundred eighty-third chapter of the JoJo's Bizarre Adventure manga.

Author's Note
“
Lots of cats gather around my workplace when the weather gets sunny. One vulgar-looking stray always takes a crap before it leaves...
”
—Hirohiko Araki
“
天気のよい平日の仕事場の回りは猫だらけ。人相悪いノラ猫がウンコして帰る
”
—Hirohiko Araki