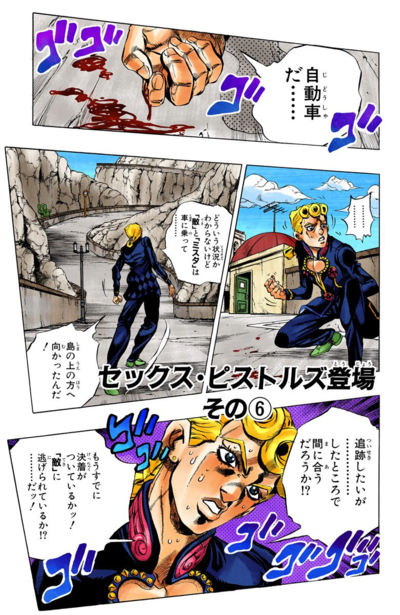 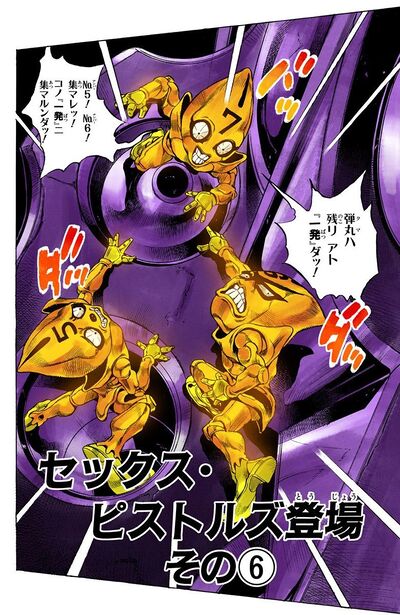 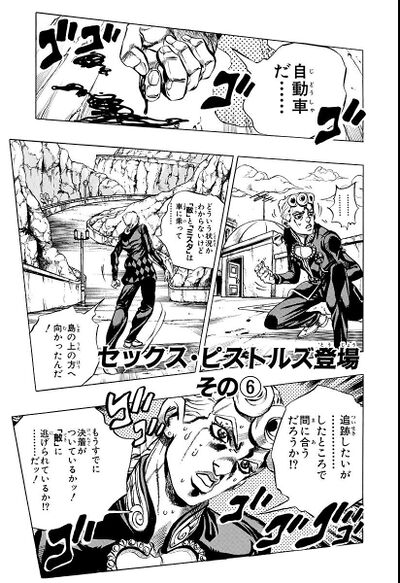 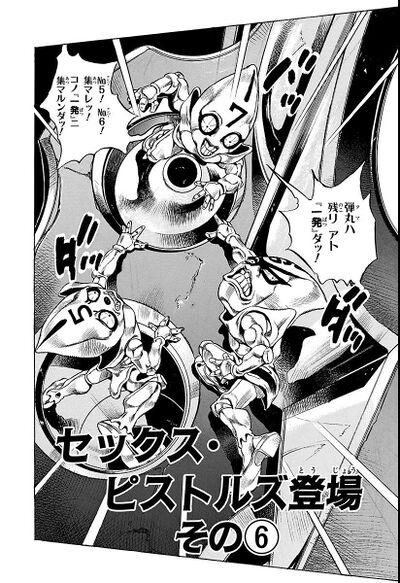 Giorno finds a puddle of blood on the ground. Realizing that Mista is in a vehicle, he begins to worry about the safety of his friend.

Mista, with one bullet left, aims at Sale. Mista informs him that he only has one bullet left, believing that knowing that will make Sale careless. Mista shoots, and Sex Pistols launches the bullet into Sale's mouth. However, Sale stops the bullet. Confident, Sale releases a different bullet, but he didn't realize that Sex Pistols was there, ready to launch the bullet at Sale. Sale defends with Kraft Work, and the bullet splits into two. While one half is stopped, the other goes straight into the wound caused by Mista's earlier head shot, pushing the bullet inside even further into Sale's head.

Mista drags the still living Sale back to port. Humorously, the truck's driver attempts to finally leave his vehicule but is stopped by Giorno, who forces him to drive to the other side of the island in search of Mista.