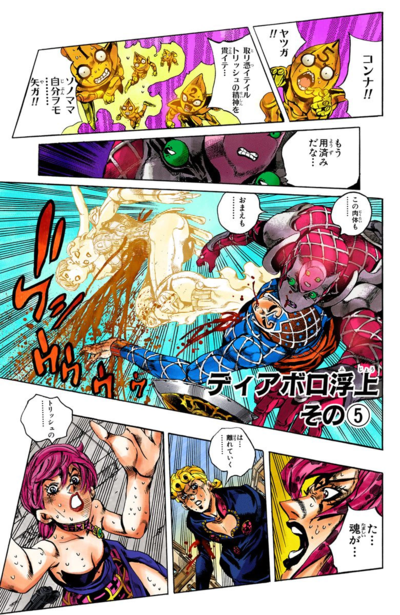 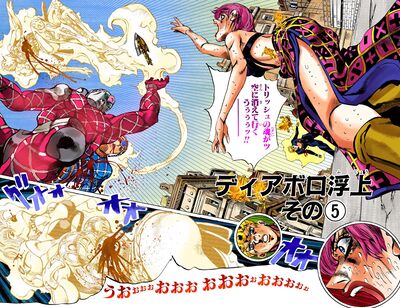 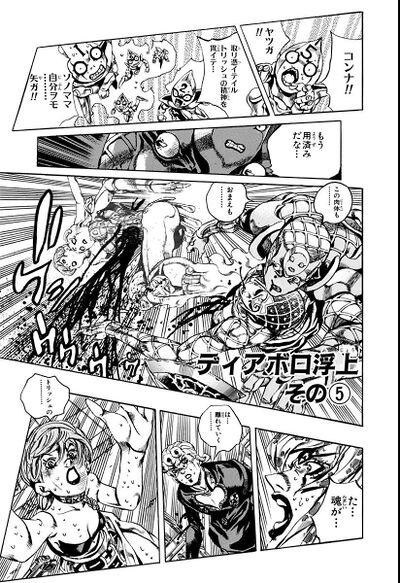 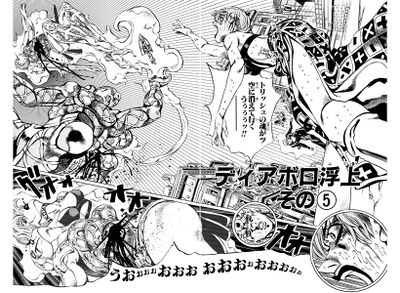 Diavolo Surfaces, Part 5 (ディアボロ浮上 その⑤, Diaboro Fujō Sono 5), originally Give Everyone My Regards! (みんなによろしくと！, Minna ni Yoroshiku to!) in the WSJ release, is the one hundred forty-fifth chapter of Vento Aureo and the five hundred eighty-fourth chapter of the JoJo's Bizarre Adventure manga.

Against all odds, Diavolo is now closer to the Arrow than ever and jubilantly takes it. The Arrow goes through King Crimson's hand and falls, as the Stand becomes transparent and intangible. Diavolo sees everyone's souls being taken back to their original bodies, and looks at Bucciarati, who tells him that he too has deduced Chariot Requiem's weakness from his behavior. He destroys the ball behind his head and obliterates Requiem, which forces everyone's souls to swap back to normal.

Diavolo, now back in his original body, is far away from the Arrow. Giorno holding Mista, heals him. The teenager witnesses Bucciarati's soul going up to Heaven, saying his goodbyes to Giorno and is glad to have met him in Naples for he was happy to have followed his code again. Giorno tells his goodbyes too, and seizes the Arrow.