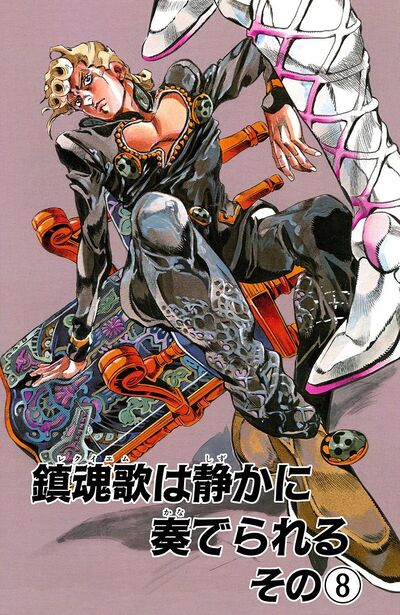 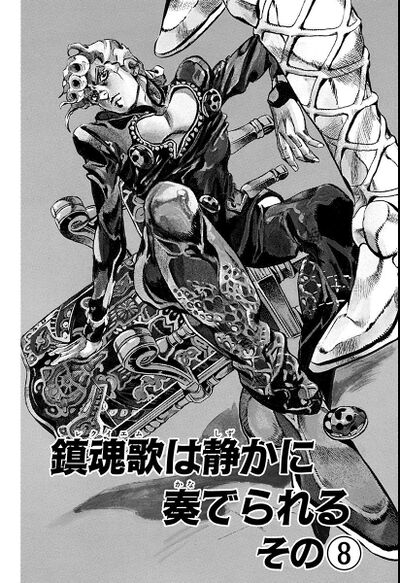 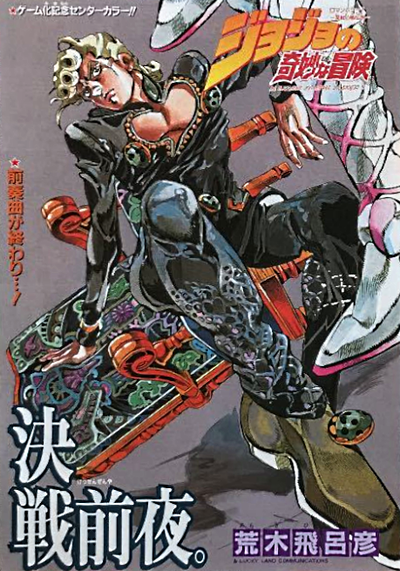 As Chariot Requiem rushes toward Polnareff, Mista, his revolver being broken, pulls out the pistol instead and empties the clip in Requiem's face, which trips but takes back the Arrow. Still, it continues to pursues Polnareff, whom Mista has to pick up. He climbs a metal pole to throw Polnareff to Giorno but Requiem manages to touch Polnareff through the pole, then leaving him.

Everyone wonders why, when Polnareff realizes that yet another aspect of Requiem's souls manipulation has begun to manifest itself. The Stand is currently mutating the souls, and thus the body of everyone, which will eventually kill the entire population of Rome. Watching everything stealthily through King Crimson, Diavolo is seen delighted to have found Chariot Requiem's weakness.