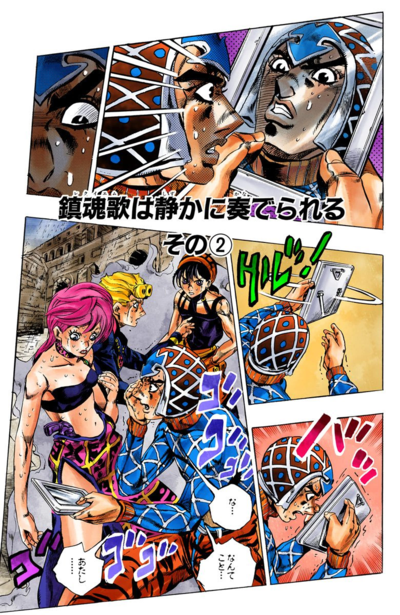 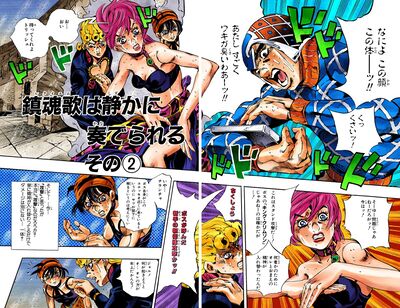 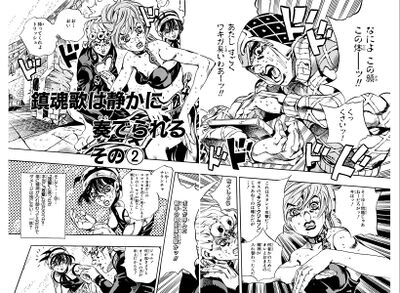 The group notes that Giorno and Narancia switched bodies as well as Trish and Mista. Since King Crimson's power is that of time erasure, Giorno deduces that there's another Stand.

Narancia sees Bucciarati laying on the ground and goes to check up on him but Giorno stops him, as they don't know who is inside Bucciarati's body, the only being that Trish doesn't feel her father's presence in Bucciarati. Narancia summons Aerosmith to check for anyone in the vicinity who could have switched with Bucciarati, and realizes his Stand has gotten a boost in power; in the same way Mista notices that Sex Pistols is more powerful.

The group notes that this is probably not an enemy attack, and that everyone in Rome is still sleeping. Polnareff, trapped in Coco Jumbo's body, talks to them and warns them of the Arrow's power.