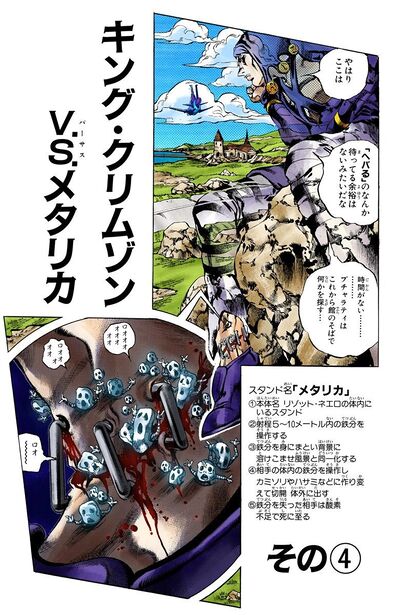 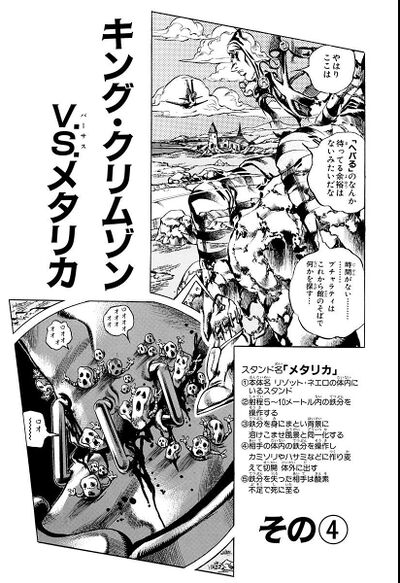 Doppio foresees that Risotto will disappear on the right and extract his iron again. Using one of the scalpels as a magnetic compass, Doppio tries to detect the origin of Risotto's magnetism to pinpoint Risotto's position.

As a razor blade materializes on Doppio's forehead, Doppio seemingly detects Risotto and throws the scalpels in the direction of the magnetism, but misses completely because Risotto used his severed foot as a decoy.

His opponent now defenseless, Risotto concentrates his power to kill Doppio, but is shot down by Aerosmith. In reality, Doppio baited Bucciarati's group by throwing the scalpels at them, knowing that Aerosmith would attack the only life form breathing like a healthy man. The transparent blood covers Doppio's head, just like in his vision, and the Boss emerges from Doppio.