My Name Is Doppio, Part 2 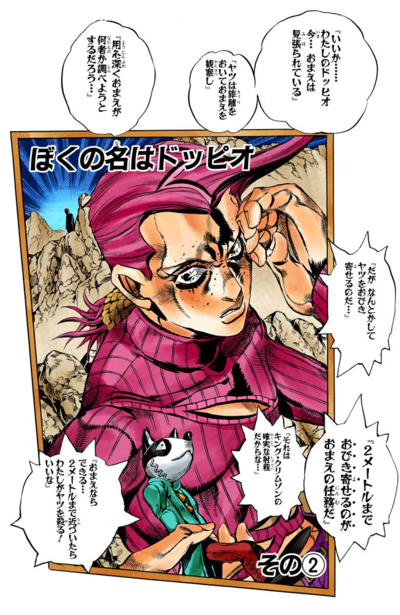 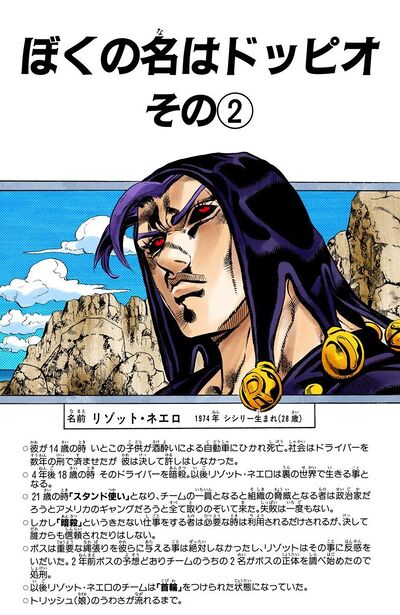 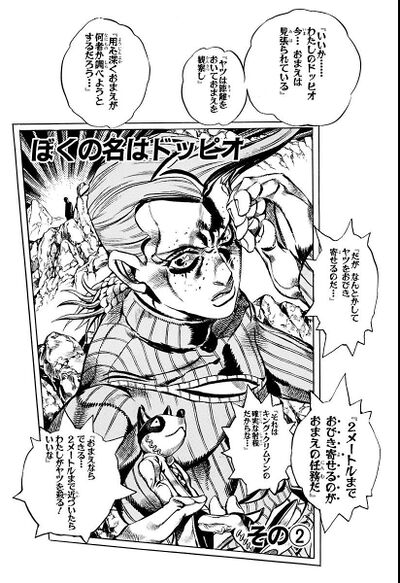 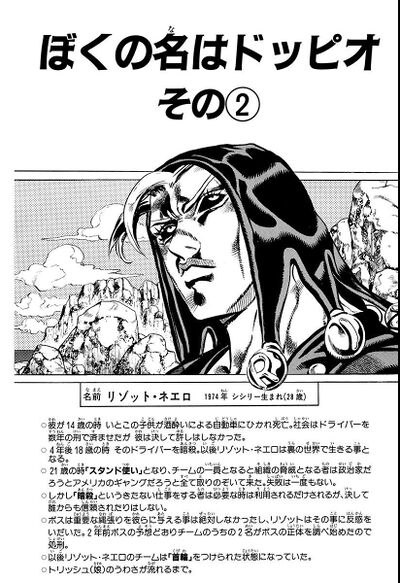 Upon the end of the "phone call", Doppio forgets every instruction the Boss has told him. He directly meets Risotto, who orders him to show his face. He turns his head to look at Risotto, but the head of La Squadra Esecuzioni is already behind him, noting that Doppio behaves like a simple tourist.

To confirm this, Risotto orders Doppio to show the envelope he's been trying to hide, only for Doppio to manage to hide Donatella's photo under his foot. However, as Doppio turned his head to listen to Aerosmith, which was nearby, Risotto uncovers Doppio's nature as a Stand User.

Doppio suddenly become more aggressive, but any action is interrupted by razor blades appearing into his mouth, forcing him to spit them out. The fight between Doppio and Risotto begins.