From JoJo's Bizarre Encyclopedia - JoJo Wiki
(Redirected from Pronto! On The Line)
Jump to navigation Jump to search 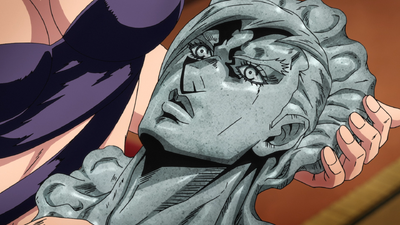 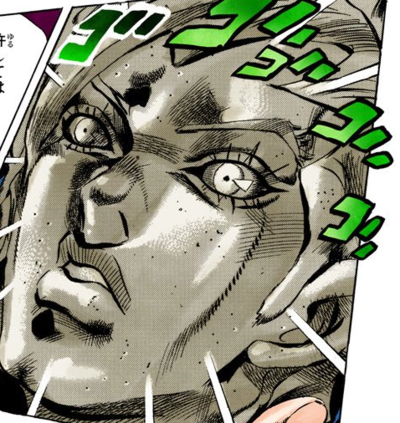 The gang investigates the Boss without success, but their investigation is noticed by a third party, who contacts them and propose to meet in Rome to be given an Arrow, the artifact hiding a power that can potentially defeat King Crimson's time erasure. The gang also learns of the Boss's name: Diavolo.

Having arrived to the coast of Italy, the gang discovers they are attacked by a strange mold.[1]