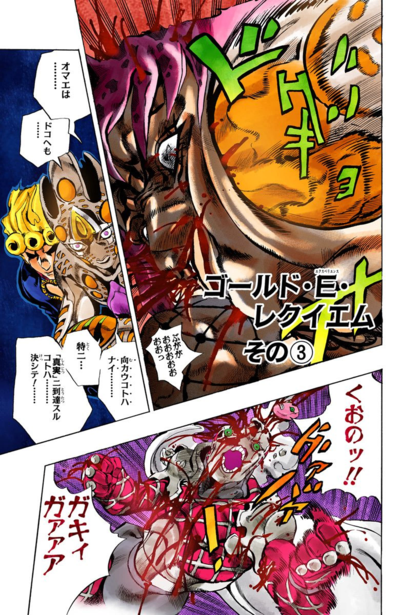 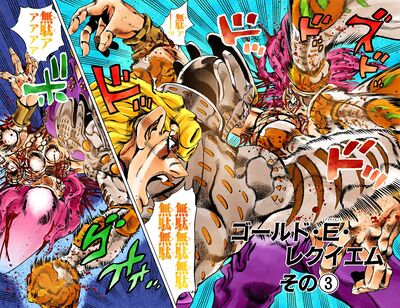 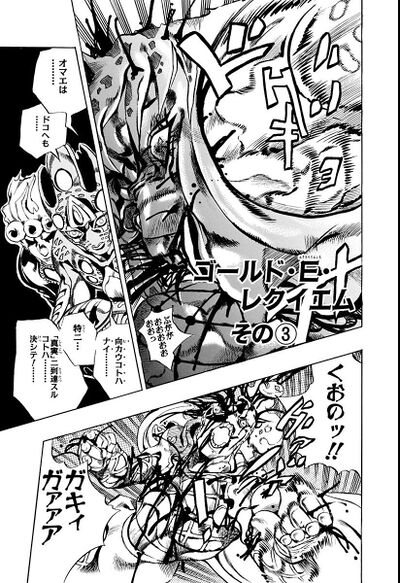 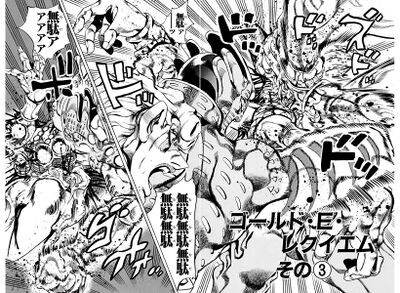 Gold Experience Requiem repeatedly punches King Crimson, violently enough to send Diavolo into the Tevere river. Giorno, Mista and Trish look over the river to see Diavolo's corpse but it has disappeared. Diavolo finds himself hanging on the edge of an ancient sewer, and is confronted by a bum, high on drugs. The bum fatally stabs the mob boss, who for unknown reasons doesn't defend himself. Diavolo then finds himself on an autopsy table and is dissected by a doctor, unable to move. Diavolo then finds himself in a street, deeply disturbed by what he's experienced. Startled by a small dog, he trips into the road and is run over by a car.

In Rome, Giorno is confident, saying that even though he doesn't know how powerful Gold Experience Requiem is, it's inflicted Diavolo a neverending end. The last of what we see of Diavolo is him panickingly begging a little girl to get away from him.