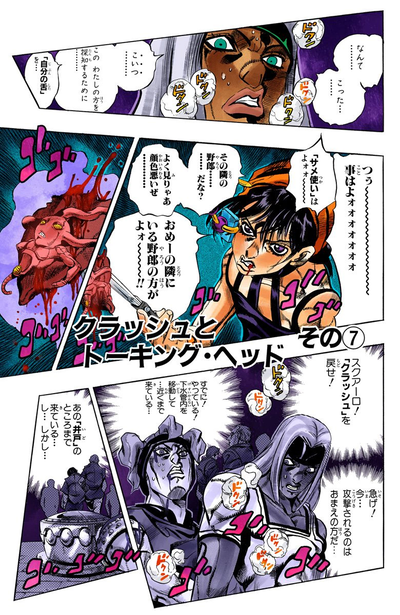 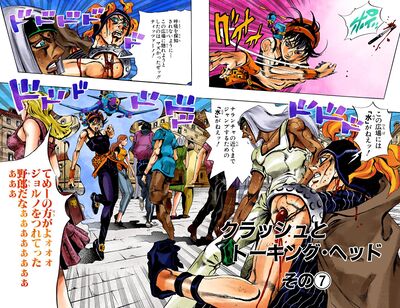 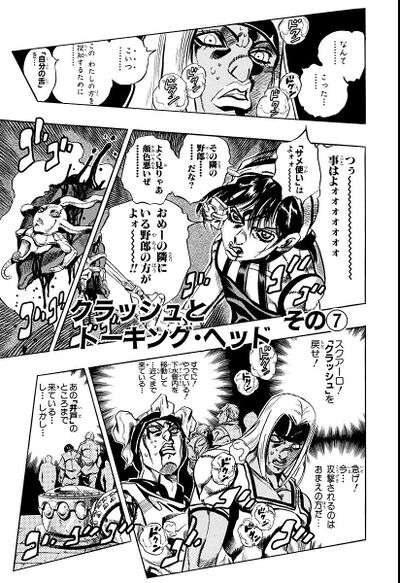 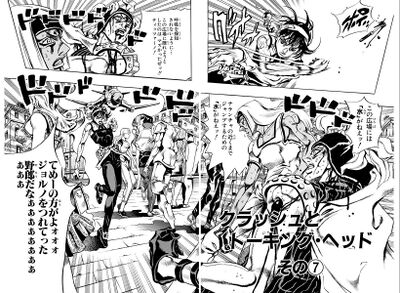 Narancia has now cornered Tizzano and Squalo, who are defenseless in the plaza, the closest water body being in a closed well. Aerosmith shoots toward Squalo, and Tizzano shields him by spraying blood on Narancia. Tizzano expires, and an enraged Squalo tries to bite off Narancia's throat with Clash.