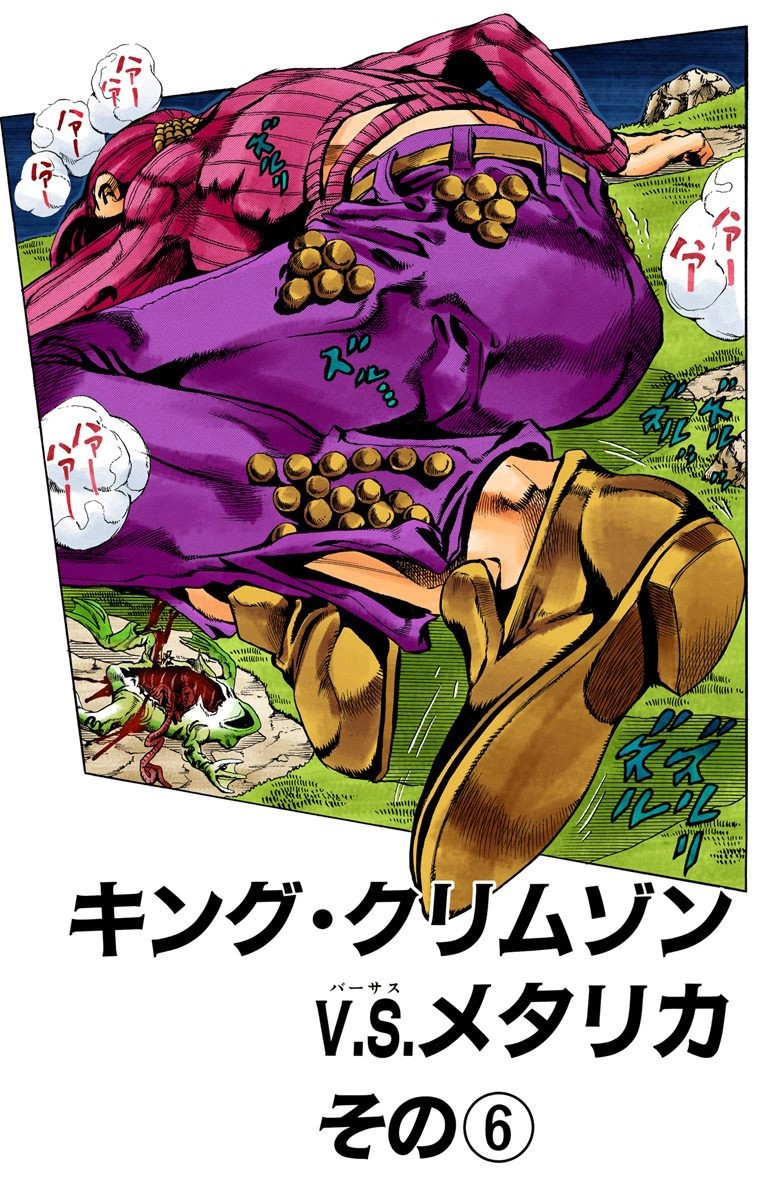 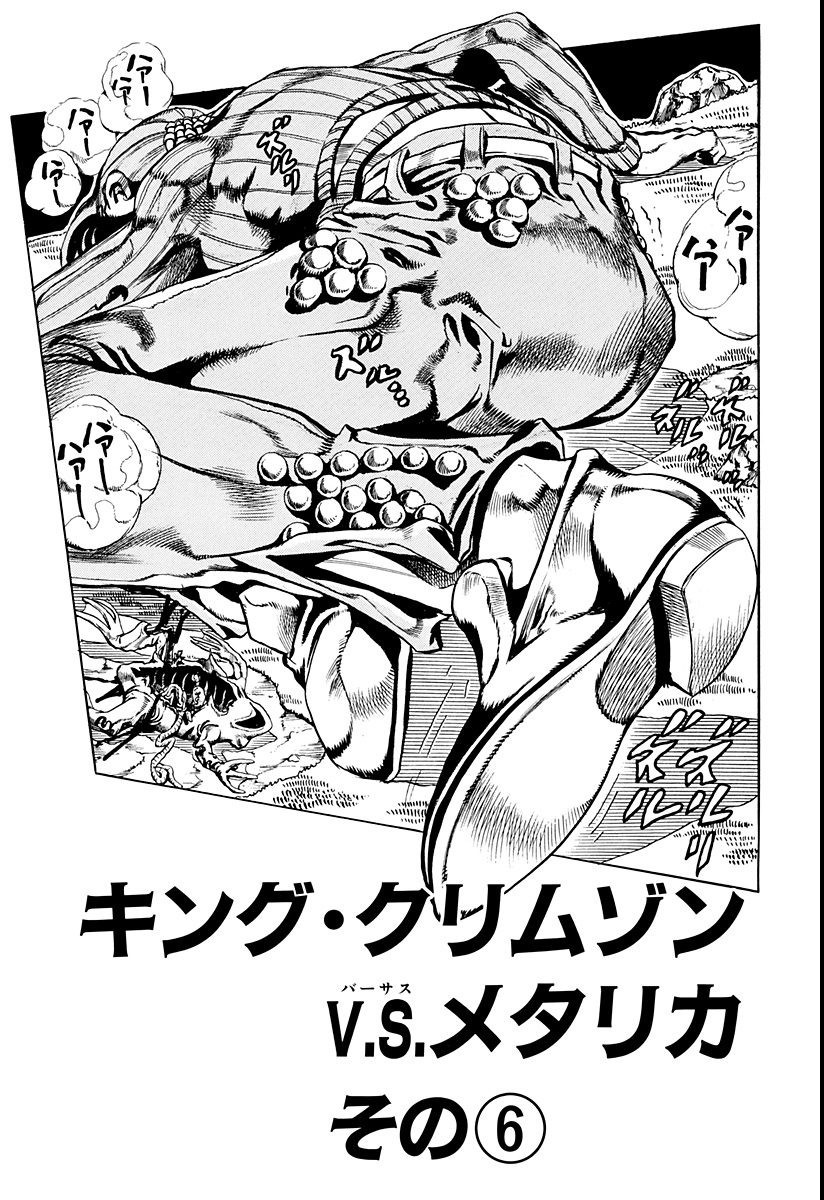 Narancia sweeps the area with Aerosmith's CO2 detector, but since he has to account for even the faintest breath, he also detects the numerous small animals of the coast. Bucciarati then advises Narancia to look for a source of CO2 deliberately going away from them, which helps Narancia spot a suspicious organism 80 meters from them.

Meanwhile on the beach, Abbacchio rewinds events but the rewinding takes a while and he has no choice but to wait while Giorno and Mista watch the coast a little far away from him. A bunch of kids kick a ball up a small tree, prompting Abbacchio to approach the kids and help them get the ball. At the same time Bucciarati and Narancia have closed on the suspicious life form's trail, confirming that it has fought bitterly due to the blood and see that it is hiding behind a rock. Positioning themselves to attack, Bucciarati splits the rock.

He only finds a random child, which has his mouth sewn shut and whose clothes have been stolen. As the bunch of kids on the beach thank Abbacchio for his help and go back to their game, King Crimson swiftly punches through Abbacchio's stomach.