His Name Is Diavolo, Part 2 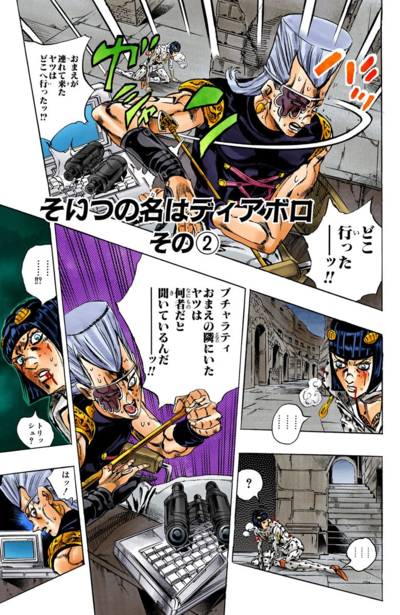 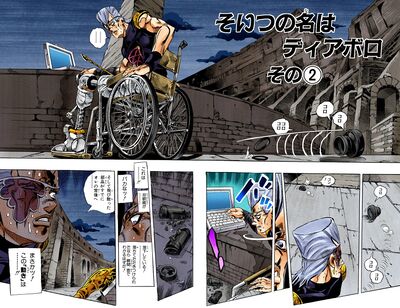 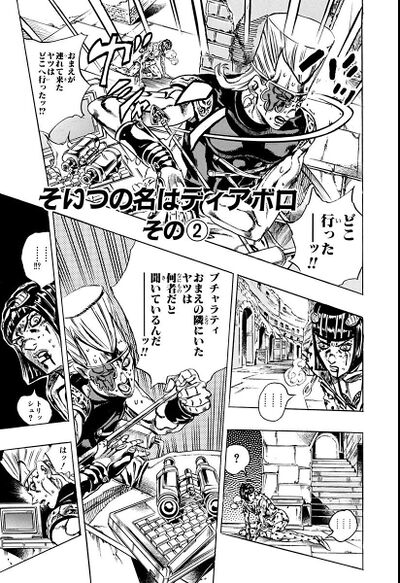 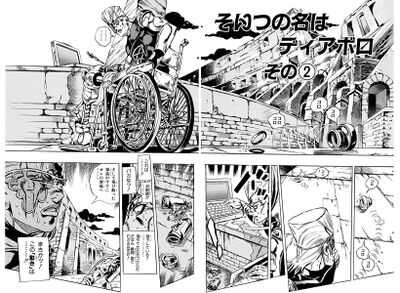 His Name Is Diavolo, Part 2 (そいつの名はディアボロ その②, Soitsu no Na wa Diaboro Sono 2), originally Diavolo Overcomes His Past! (ディアボロは過去を乗り越える！, Diaboro wa Kako o Norikoeru!) in the WSJ release, is the one hundred thirty-first chapter of Vento Aureo and the five hundred seventieth chapter of the JoJo's Bizarre Adventure manga.

Polnareff realizes that time has been erased, and he sees Doppio morphing into Diavolo, whose appearance is fully revealed. Diavolo confronts Polnareff, demanding that he explains what he's doing here in Rome and rushes toward him for the kill.

Polnareff bites his finger, and using the sudden increasing number of droplets as a sign that time has been erased, sweeps Silver Chariot's sword around him. Diavolo, having predicted that already, erases time again. He blinds Polnareff with his own blood and prepares to kill him with his Stand, only to see the Arrow piercing Silver Chariot's face. A surge of light envelopes Diavolo and Polnareff.