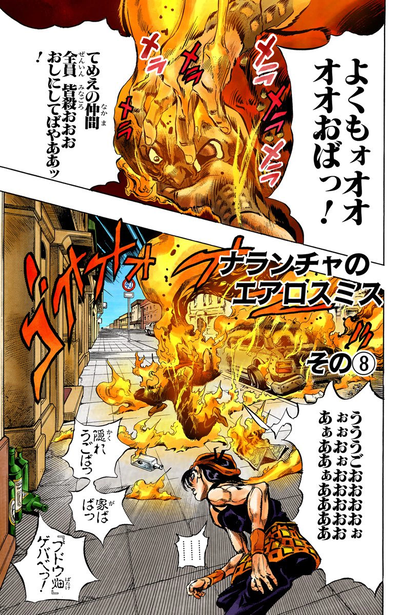 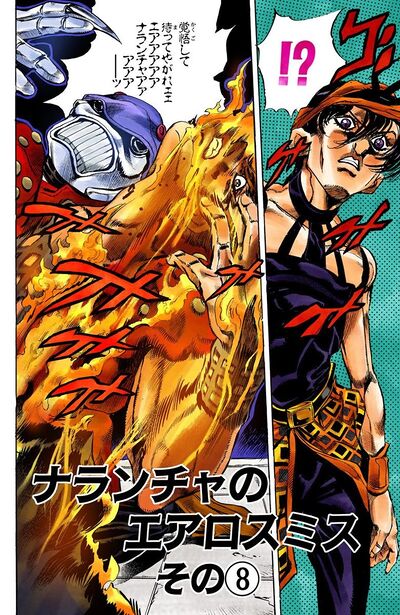 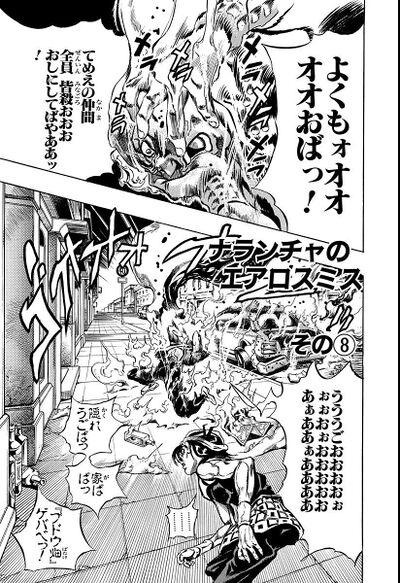 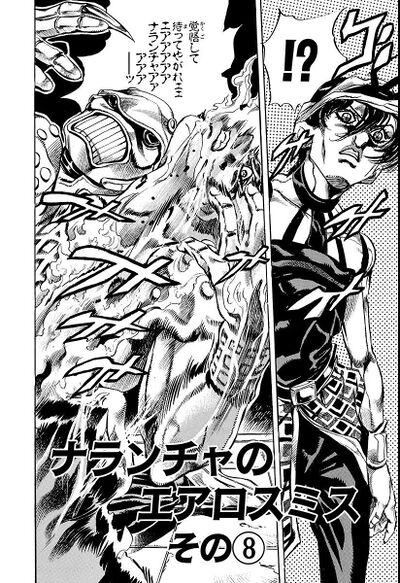 After getting caught in the explosion, Formaggio is now on fire. To douse the flames, Formaggio cuts his wrist with Little Feet, and shrinks himself, the blood putting out the fire. Narancia tries to look for the shrunken enemy, but is unable to locate him due to the large amounts of carbon dioxide in the air. Formaggio gloats over his victory, knowing that Narancia will never be able to find him.

Realizing this, Narancia uses Aerosmith to shoot all the nearby cars, causing a larger explosion. Narancia proclaims that he is willing to burn the entire street down to defeat Formaggio. Formaggio, normal sized and half on fire, reveals himself before Narancia. He believes that his Stand is faster, and would win in a close ranged standoff. The two attack, with Aerosmith's shots landing first, killing Formaggio.