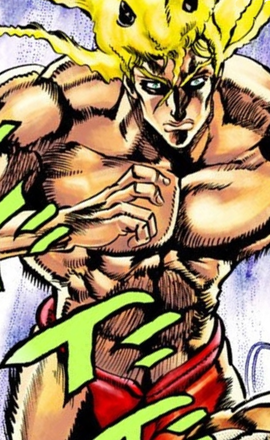 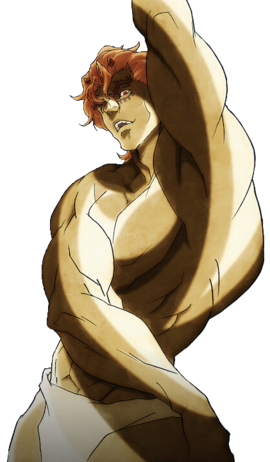 ruins discovered by Robert E. O. Speedwagon. After being intercepted by the Nazis, he awakens from his slumber and wreaks havoc on their research facility until he eventually encounters Joseph Joestar.

Santana is a very tall, muscular man with long, wavy light hair up to his shoulders, and two bangs over his forehead. He has thick spiked eyebrows and two small horns on the top of his head. His only clothing is a small loincloth. In the anime, he also has a symbol shaped like a gear that is tattooed on his right lower eyelid. 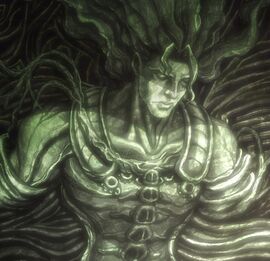 Santana had originally lived in Mexico with the other Pillar Men. After Kars' rampage and slaughter of the Pillar Man race, the child Santana, along with Wamuu, was adopted and trained by Kars and Esidisi. He was later left behind in Mexico by Kars, who deemed him only useful as a guard dog, while he and the others left for the old world to find a flawless Red Stone of Aja.[3] As a result, Santana would be unaware of the energy called Ripple which the other Pillar Men learned and developed defenses against. Eventually, claiming that it was because he used too much power, Santana entered a 2000[6] year-long rest by fusing himself into a pillar within a temple that was one of the proponents for Kars' Stone Mask project. 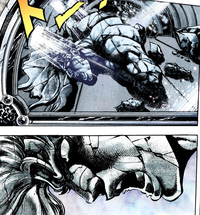 Santana is briefly mentioned during the dialogue in Part 2's Story Mode. For the Western version of the game, he was renamed "Santviento" to match the Crunchyroll subs. Initially, his name was "San Tan" in a press release from Bandai Namco Games Europe.[1]

Santana is one of the several Part 2 characters who possesses a Metal Striker for the game. His Finish move has him fire bullets from his fingertips at the defeated opponent (similar to his retaliation against the Nazis), and his second special ability allows him to counterattack any Metal Striker enemy who attacks him by using his Ribs Blades.

Santana turns around swiftly and strikes his opponents with his signature Ribs Blades.

(Counter) If Santana is hit while this skill is active, he will counter the opponent's attack by using his Ribs Blades from the front of his body to catch the opponent in their tracks. (Unlockable)