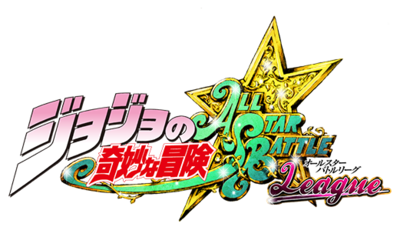 JoJo's Bizarre Adventure: All-Star Battle League (ジョジョの奇妙な冒険 オールスターバトルリーグ, JoJo no Kimyō na Bōken Ōru Sutā Batoru Rīgu) is a competition consisting of a series of live stream broadcasts to promote All-Star Battle. It was announced on June 9, 2013 with the fifth trailer of the PS3 game.

The tournament was split up into two portions: a preliminary round of 6 randomly selected groups, and a final round consisting of the winners of the preliminaries and the cheer campaign. A special PlayStation 3 theme featuring DIO and The World was made available afterwards to commemorate the winner.[1]

The participants in Final Stage