The front folded flap of the dust jacket of most volumes of JoJo's Bizarre Adventure contain a note to the reader, occasionally along with a picture of Hirohiko Araki himself. The following quotes and pictures are from the volumes of Diamond is Unbreakable. 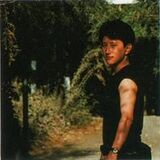 “
There's a lot to be afraid of out there in the world—here are my top ten personal fears:

#10: Death
#9: Organisms that can cling to the ceiling (cockroaches, etc.)
#8: Delusions
#7: My acquaintances
#6: Getting an unlucky fortune
#5: Hospitals
#4: Destruction of the environment
#3: Confined spaces
#2: Strangers
And, finally, for the illustrious #1 spot: The dark

What do you think? How is my list different than yours?
”
—Hirohiko Araki 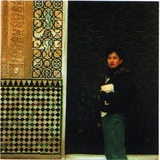 “
When I was growing up…

One day, my mother came down with a cold and asked me to help her.
She said, "Would you mind going to the neighborhood doctor to get my medicine?"
I was waiting in the reception area when the doctor came out and said, "All right, Araki-kun! Roll up your sleeve—it's time for your shot."
"What?!" I shouted. "I'm not here for me!"
"Just kidding," he said.

I'd been terrified, but I also thought it was a hilarious trick. Looking back, I think that experience led me to become a manga creator.
”
—Hirohiko Araki 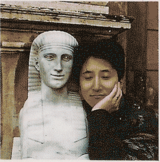 “
I listen to a lot of music and that sometimes has an unfortunate side effect: a melody getting stuck in my head. The most serious case was a song called "Otoko to Onna" ("Man and Woman"), with its "ba ba da ba da" repeating relentlessly for three days straight. I was in school at the time and I remember thinking, "I can't study like this!"
I also went through a period when I would hear Kiyoko Suizenji's "365 Steps March" every time I started walking, in a Pavlovian sort of response that had me entirely at its mercy.
”
—Hirohiko Araki 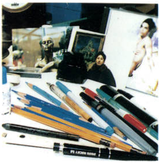 “
Hirohiko Araki's Top 10 Movies That Had Him Squirming in His Seat
(The ten best movies I wished would stop but I kept watching anyway.) 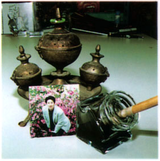 “
I've always thought of the Academy Awards as prestigious, but their selections are not always particularly entertaining movies. When Clint Eastwood's Unforgiven won Best Picture, I was as happy as if it were my own movie—so happy, in fact, that I couldn't sleep. I chortled in bed, even though Clint Eastwood was no acquaintance of mine, and I gained nothing personally from the prize. Why was I so happy? Fans are strange creatures.
”
—Hirohiko Araki 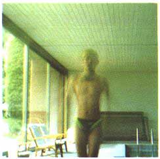 “
For 60 years, my father thought yūbin-uke (mailboxes) were called yūbin-oke (mail buckets). Surely across six decades he had many opportunities to realize his mistake, and it's a small miracle that he managed to persist despite the odds. As for myself, I watched the movie The Day of the Jackal dozens of times mistakenly thinking its title was The Eye of the Jackal, and up until only recently, I thought the manga Dokaben was called Dokabeso.
”
—Hirohiko Araki 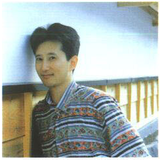 “
The destruction of the environment is a topic that deeply weighs on my mind. A while ago I visited the town where I grew up and discovered that a mountain I remembered from my childhood had been completely erased—bulldozed away to clear room to develop a residential area. I'm sure the locals made a profit, and that's fine, but I think it's wrong to go so far as to change the topography. Isn't that kind of thing a crime? I think it's a crime.
”
—Hirohiko Araki 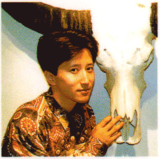 “
For a long time, I've felt bad for bicycles left sitting out to be drenched by the rain, but for the past few years, what I've really felt pity for are those blinking red lights on answering machines that let their owners know a message is waiting for them.
When I get back from a weeklong vacation and see that light, I wonder, "Were you really blinking this whole time?" I truly feel bad for those lights. I think they should at least be able to slack off while their owner isn't around to see. But then again, we all have our jobs to do, don't we?
”
—Hirohiko Araki 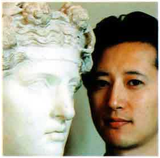 “
Every night, at precisely 9 and 11 p.m., the occupant of the unit beneath my studio opens the window to their balcony and hits the outside wall twice with some kind of wooden object. WHACK! WHACK! They do this always two times (never three). And then SLAM! the window slides shut. What is that sound that echoes through the night sky? What could they possibly be doing? And I mean every night. (To be continued in Volume 38)
”
—Hirohiko Araki 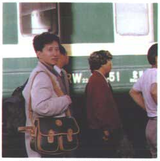 “
There is another mystery in my life. I know this woman who has a boyfriend who, without fail, leaves their dates at 6 p.m. to go home. What is so important and so urgent that he needs to be home that early?
He's 27, and she'll ask him, "Don't you like me?" And he'll say, "Yeah, I like you." And she'll say, "Don't you think this is too early to go home?" and he goes quiet.
Well, why does he go home? Is he watching anime? (To be continued in Volume 39)
”
—Hirohiko Araki 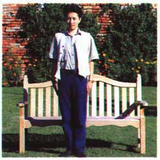 “
There is a mystery in my life. Once, when I emerged from the swimming pool, a friend of mine looked at my soaking wet hair and said, "Whoa! Your hair looks just like Gokuraku-kun's," and fell over laughing.

"Gokuraku-kun"? Who the heck is that? The protagonist of some famous manga or something?

I know Shinigami-kun, Enma-kun, Akuma-kun, and Jigoku-kun, but who is Gokuraku-kun? What kind of hair does he have? Later, I asked my friend about it, and this was the reply: "Oh, did I say that?"
”
—Hirohiko Araki 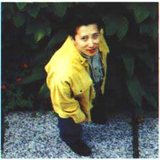 “
I love to read visual encyclopedias and guides. Whenever I see one for sale—from books on dinosaurs to movie stars—I can't help but buy it. The more details, the better. I want to read about when and where they were born, what they like to eat, and so on. I'll wind up reading the same entries over and over.
Recently, the two books I've been enjoying the most are Supermodel Catalog and Cats of the World. Both subjects just look so elegant.
”
—Hirohiko Araki 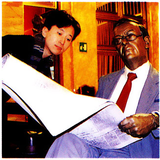 “
Whenever I have to draw a hospital, or a drug store, or a temple, or whatever, I always try to take pictures for reference. But taking those picture is pretty nerve-wracking. Whenever I ask permission, people always ask back, "What're you using them for?" "You work for a magazine or something?" "Who are you, anyways?" and stuff like that, and then, inevitably, "Well, the manager isn't here today, so come back tomorrow and ask then." Come on, I just want to use them for reference! I'll even give you candy!
”
—Hirohiko Araki 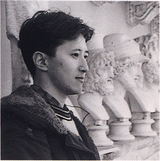 “
The Many Albums that make me cry
These are my top 10 from the 70s, in no particular order. You might love them or hate them but I guarantee if you listen to them you'll cry.
Led Zeppelin - "Physical Graffiti"
Chicago - "Chicago VII"
"Saturday Night Fever" Soundtrack
Curtis Mayfield - "Superfly"
Marvin Gaye - "What's going on"
Jackson Brownie - "Late for the sky"
Pink Floyd - "Dark Side of the Moon"
Sex Pistols - "Never Mind the Bollocks"
George Benson - "Breezin'"
Carpenters - "Now & Then"
”
—Hirohiko Araki 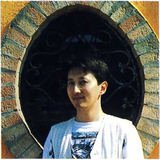 “
Workplace Wildlife Watch Part 1
The Most common bug we see in the studio is the ladybug. It gets through the screen door like it's nothing. It seems like it flies to the door, then climbs up over it somehow. I checked the top of the door, and sure enough, there's a 3mm gap right at the top of the frame. That must be how they get in. They don't sting or anything, so whenever we see them we just shoo them back outside. But then they always find their way back in.
”
—Hirohiko Araki 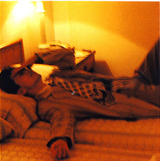 “
Workplace Observation Diary Part 2
Out on the Balcony, we have a small flower garden, and all these stray cats keep coming by to poop in it. We were like, "Get the hell out!", and so we decided to use some herbicides in the garden so the cats would go away, but just when I was sprinkling the herbicides, the lady who lives nearby was like "You shouldn't use herbicide, it'll drive away all the cat!" Umm... how did you know what was happening? The balcony is on the second floor! Are you some kind of crazy cat lady who can talk to cats? Scary.
”
—Hirohiko Araki 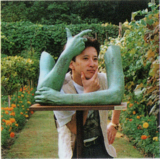 “
I frequently get the comment that the "Enemies" in JoJo Part 4 are "Weak." I think my response to this criticism is quite clear from the work itself, but since I've heard the same complaint from the editorial staff, I'll answer it explicitly: I constructed Part 4 around the theme of mental and emotional weakness. The Stands were created by exaggerating the viewpoints of characters consumed by their own flaws. (Continued in Volume 46)
”
—Hirohiko Araki 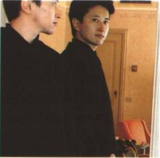 “
I was thinking about how strong enemies show up in manga. After them, an even stronger enemy shows up, and after them, an even stronger one... so what happens at the very end? It's kind of like thinking about the edges of the universe. Once you look about the world, you realize that what it really means to be a "strong" person is not to do bad things.
"An enemy who does bad things" is a person who has "a spiritual weakness," and what's truly scary is when someone takes that weakness and uses it to lash out against others.
”
—Hirohiko Araki 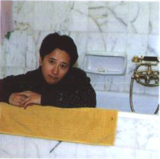 “
Apparently, in Italy, they don't use the letter J, except in foreign or obsolete words, so, the name "JoJo" doesn't exist, and would be pronounced something like "yoyo," so for Part 5, starting on Page 71, I stayed faithful to the Italian language and made the main character's name "GioGio."
As a side note, it seems they don't have an "H" sound either, so "Hirohiko" would become "Iroiko." Like, what? Who is that?
”
—Hirohiko Araki