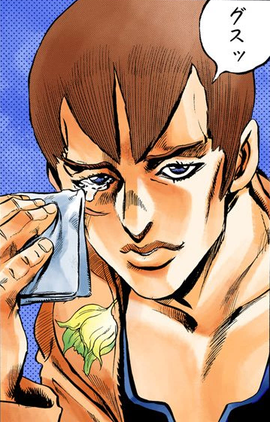 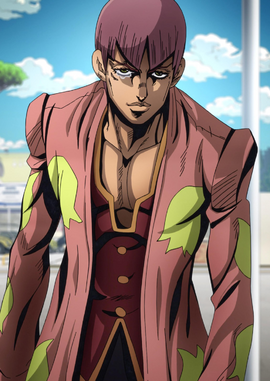 Luca is a man of average to below-average height, being nearly eye to eye with Giorno, with a hutched stature. The two distinct features of Luca's appearance are his constantly leaking right eye, which he received due to a previous facial injury, with the scar noticeable under his eye, and his bangs which come down into two points.

Luca is a ruthless and merciless gangster. Luca usually hides behind a mascarade of amiability and citing friendship as one of the most important values. However, he uses the term friendship to disguise his will to be obeyed and paid for what he sees as his due payments for operating on his territory. Luca is particularly callous and violent, threatening Giorno Giovanna for money, and refusing to listen when Giorno adamantly claims to have none. When he saw a frog, he also ordered Giorno to kill it and attempted to bash it, as well as Giorno. Narancia Ghirga comments that Luca was generally mean to others and that he sold drugs to children.