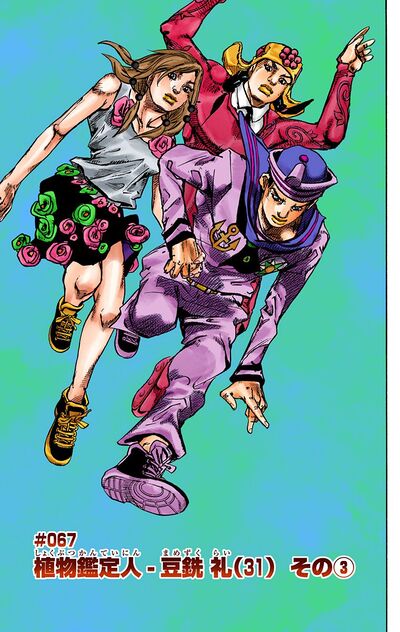 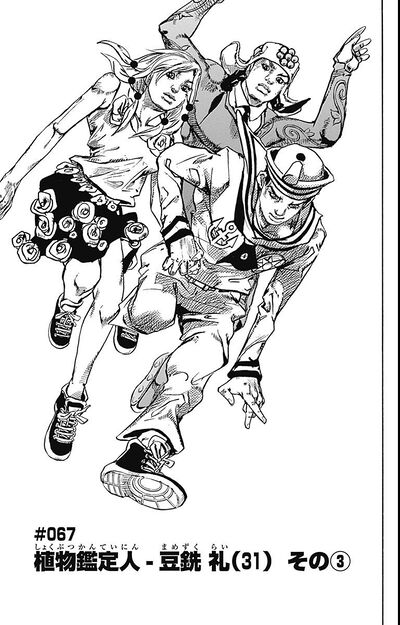 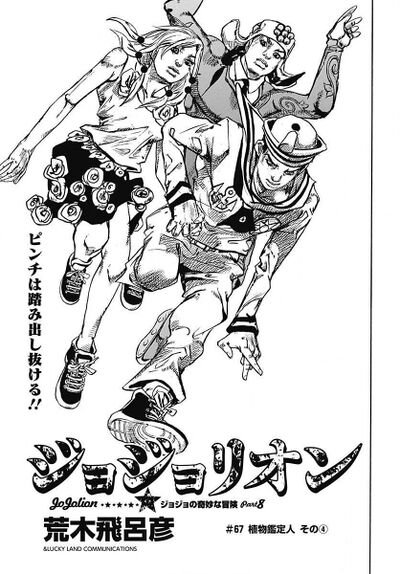 Stunned, Yasuho finds herself on the ground, Josuke calling her from the chairlift and Mamezuku observing the whole scene. When Josuke announces that he's going to Yasuho, Mamezuku's coldhearted reminder of his own objective angers Josuke, who threatens to also knock down the plant appraiser. Unfazed, Mamezuku estimates their survival chances to be 23% as he may observe the enemy's ability.

Yasuho recovers from her fall and confirms that she's fine. However, the enemy will attack her shortly. Josuke tells her to head to the 6th pole to join with him. Mamezuku sees earth worms digging themselves up from the ground but chooses not to warn Josuke. As Mamezuku activates the chairlift to go up the mountain, Yasuho begins to run up to the pole. As they ascend, Mamezuku reveals a thought he's just had because the enemy had to move a tree from underground, there is a danger that they try to destroy the concrete base of one of the poles and make the whole chairlift collapse.

Suddenly, something massive violently emerges from the ground near the pole and moves up to Yasuho. She tries to run away from the enemy and Josuke uses Soft & Wet to send several bubbles to her so she can scale them. However several rocks shoot up from below and pop the bubbles. Yasuho falls and sees a masked person lodged inside the massive object up close, who grabs Yasuho's neck and sics the same flesh dissolving Stands on her. Thankfully Mamezuku unpeels himself and manages to stab the enemy in the shoulder with a knife and pulls the knife, widening the stab wound. Hurt, the enemy Stand User lets Yasuho go and reels in pain. Still infected, Yasuho runs to the 6th pole and has Paisley Park activate the shower inside to wash the Stand away.

Mamezuku has worked out that the enemy must approach the surface to attack, and the enemy emerges. Surprisingly, it appears that the enemy is two Rock Humans. The first human-like enemy is encased inside the second one's shell, who takes the appearance of tank threads.