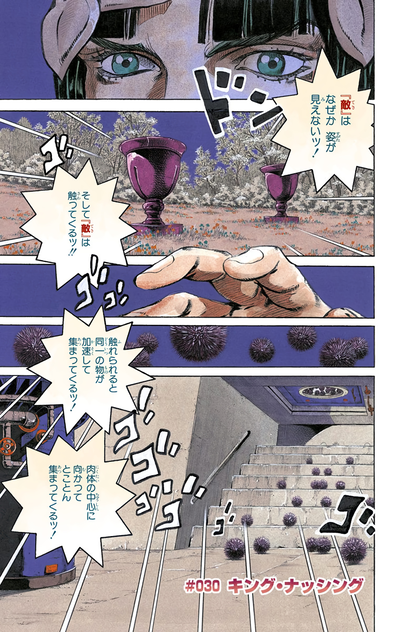 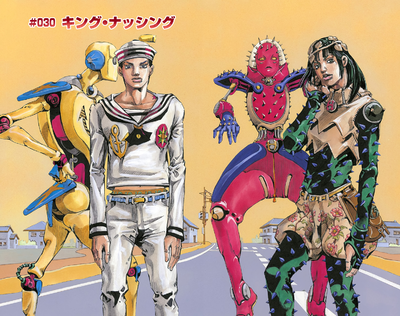 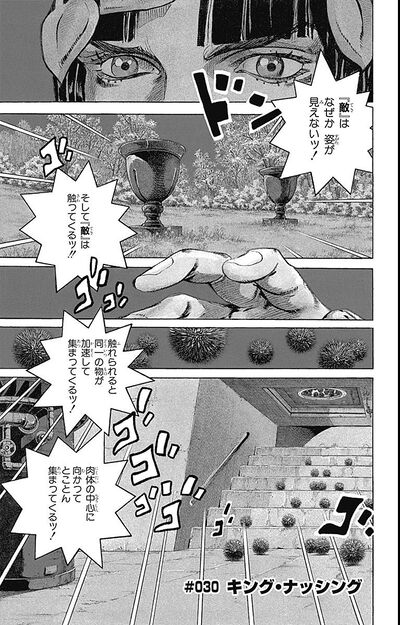 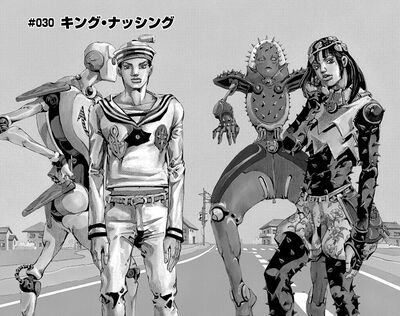 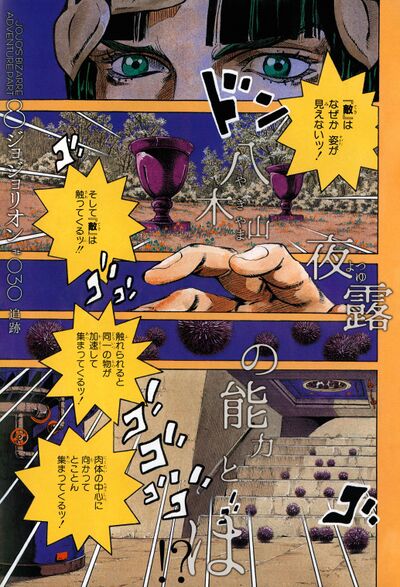 King Nothing (キング・ナッシング, Kingu Nasshingu), originally Pursuit (追跡, Tsuiseki) in the UJ release, is the thirtieth chapter of JoJolion and the eight hundred seventy-seventh chapter of the JoJo's Bizarre Adventure manga.

Josuke, Norisuke and Tsurugi find themselves trapped in the cellar as Yagiyama's attacks threaten them from outside. Tsurugi begins to cry and Norisuke comforts him, telling him to be a man, as he is the sixth head of the Higashikata Family. Josuke finds Yasuho asleep in the room Tsurugi left her in. Tsurugi tells Josuke that room belongs to Yagiyama, who Norisuke hired to design the Higashikata's house. Tsurugi tells how he saw Yagiyama heal a petrified dog by feeding it something, though he didn't see what "it" was. Tsurugi tells the two he asked Yagiyama to heal him, he agreed as long as Tsurugi gave him Josuke.

King Nothing begins to turn around and starts walking towards the duo, causing them to start searching around their immediate location. Josuke finds Yasuho stashed behind a rock and as he reaches out to her is attacked by Yagiyama formed into a rock. Josuke knocks him away into a rock quarry, stating that Yagiyama's skin was rock, that Yagiyama is a person made out of living stone.