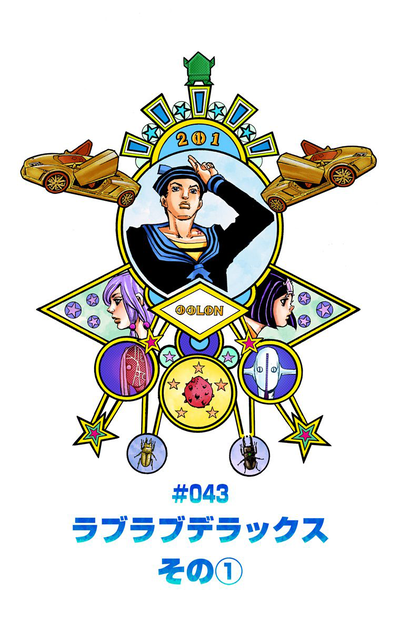 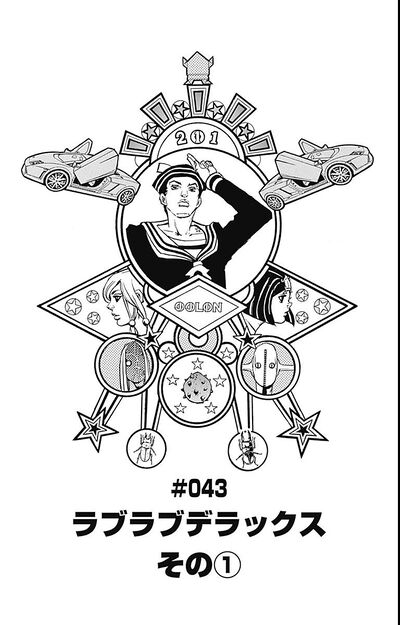 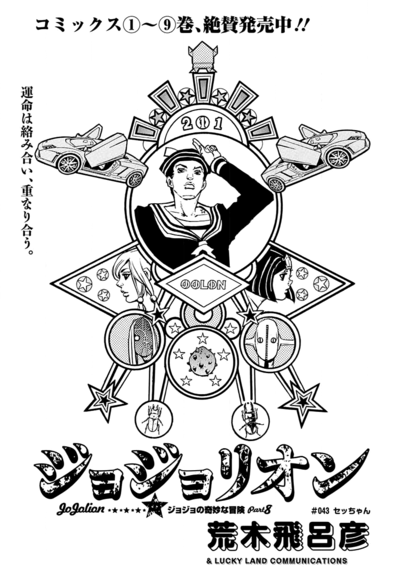 The next day, Yasuho and Tsurugi digest what happened to Aisho - he was hit by a bus and disintegrated into stone and sand, even his clothes and personal items. They conclude he's dead, but that there are more people with stone skin and that Jobin has some sort of contract with them. They review the stadium cameras and find that Aisho's supply of Locacaca fruit must be in the stadium somewhere.

Josuke shows up and Yasuho breaks into tears after not seeing him for so long. They walk off, leaving Tsurugi alone. As they catch up, Josuke gets a message from a curly-haired woman in a bandana who calls him "Secchan" to meet her alone later.

Josuke finds the woman, who talks to him like she knows him, but realizes something is off about him before she can give him any new information about his identity. As she runs away, Josuke uses Soft & Wet to discern her name: Karera Sakunami. Using this information, Josuke gets her to return to him. He lies to her about Yasuho but is still unable to figure out who he is in relation to her.

Karera asks Josuke for money and as she leaves, cons a Yakitori shop with a maneuver Josuke recognizes as a Stand ability.

Author's Note
“
I was wrestling with my external disc drive for 5 hours because it wouldn’t read CDs. Turns out I was putting the discs in upside down.
”
—Hirohiko Araki
“
別売の光学ドライブがCDを読み込まなくて5時間格闘したが、裏返しでディスク入れてた。
”
—Hirohiko Araki