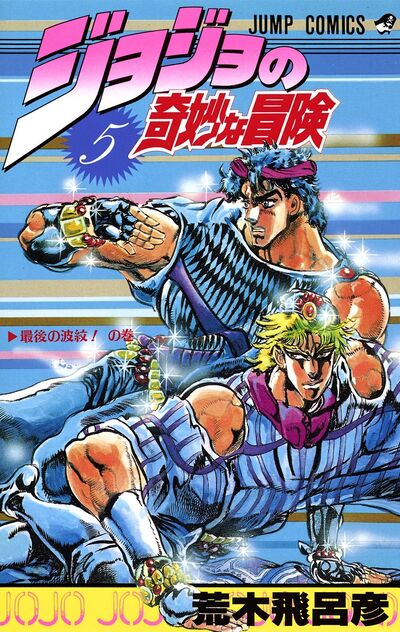 The Final Ripple! (最後の波紋！, Saigo no Hamon!) is the fifth and final volume of Phantom Blood, the first volume of Battle Tendency, and the fifth volume of the JoJo's Bizarre Adventure manga. It covers the ending of Part 1 and the beginning of Part 2.

Dio, who was seemingly defeated by JoJo, is alive again. Dio attacks JoJo onboard a ship heading for the United States. JoJo blows up the ship, ending their fated confrontation. 50 years later, in America, a new story begins. 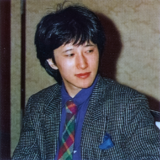 “
I really enjoy reading fan letters. Often, they are filled with a whole lot of stuff not at all related to readers' thoughts about JoJo. Letter including things like self-profiles, school life and hobbies. One thing I noticed above all, was that just as readers want to know the fate of JoJo, so too do I want to know what kind of people want to know about JoJo.
”
—Hirohiko Araki