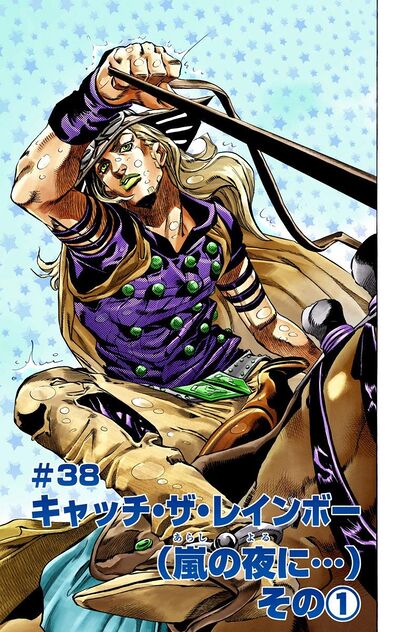 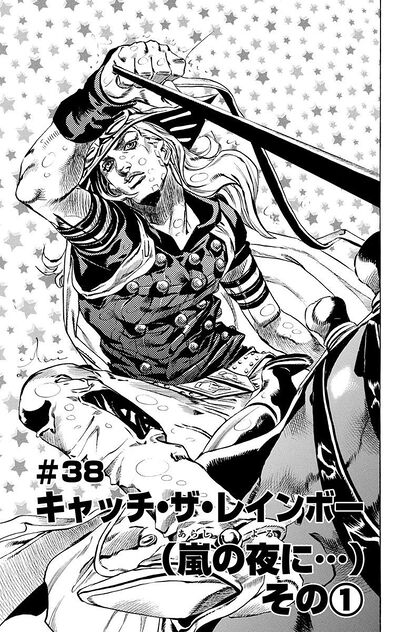 Blackmore quietly takes the Spine from the defenseless Lucy, telling her that Valentine will decide of her and her husband's fate. He connects a telephone to a telephone pole nearby, and calls him. Waiting for the President to answer, Blackmore peeks at the Spine, and feels envy, wanting to take it for himself. He then finds that he and the pole have somehow teleported in the middle of a town, interrupting the call. Blackmore catches a glimpse of Jesus Christ crowned with thorns and bearing the Crucifixion marks. Exalted by this vision, Blackmore is suddenly shot at the chest by Lucy Steel, who takes the Spine and shoots him twice again before fleeing. Blackmore, dying, is teleported again in a forest. Repentant of his greed but still imbued with religious zealotry, Blackmore seals his wounds with raindrop, knowing that he will die when the rain finishes, but resolved to take the Corpse Parts from Johnny.

Meanwhile Johnny and Gyro have nearly caught up to Diego, and prepare to attack him. Diego surprises them in a semi dinosaur form, warning them to never approach again or he'll kill them, then races at full speed, threatening to get away for good. In the muddy terrain and the low visibility as well as the high number of slopes and the exhausted horses; the riders have to choose the optimal path, which Diego can easily detect with his dinosaur senses. Diego slowly gets away, but Gyro, inspired by Ringo's words, chooses to take "his own path", without even considering the other racers. Suddenly everyone notices that Gyro has almost caught up to Diego, having outpaced everyone using a suboptimal path but a path that he chose. Diego sees that Gyro's determination has greatly improved, but Johnny knows that the British jockey will only fight harder. At the top of the next hill, Johnny predicts that one of the horses will collapse.