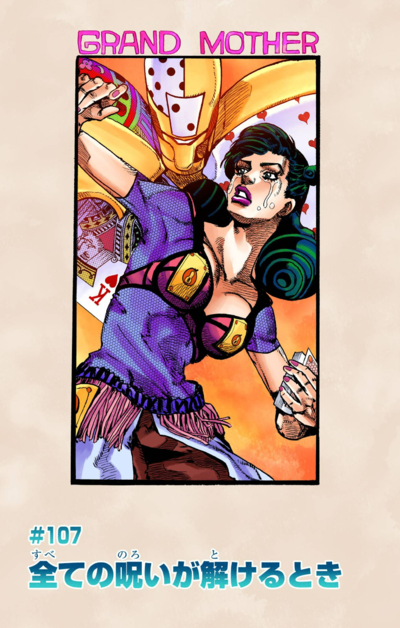 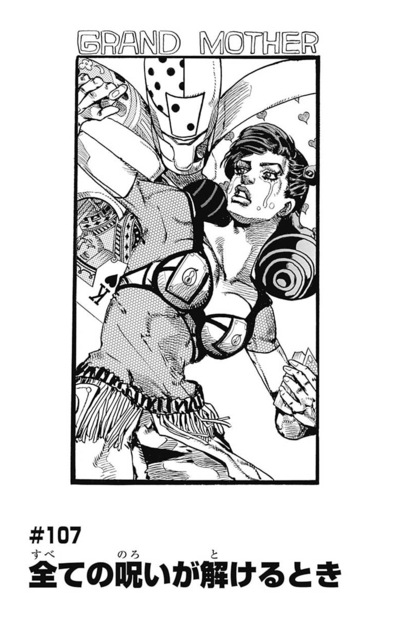 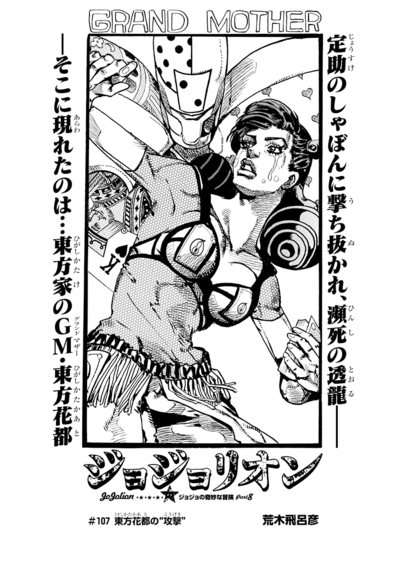 Author's Note
“
I've been cooking so much that my vegetable chopping skills have surpassed my ability to draw with a marker now (pats myself on the back).
”
—Hirohiko Araki
“
料理ばっかしてるんで野菜のみじん切りがペンタッチテクよりものすげー上達した（自画自賛）。
”
—Hirohiko Araki