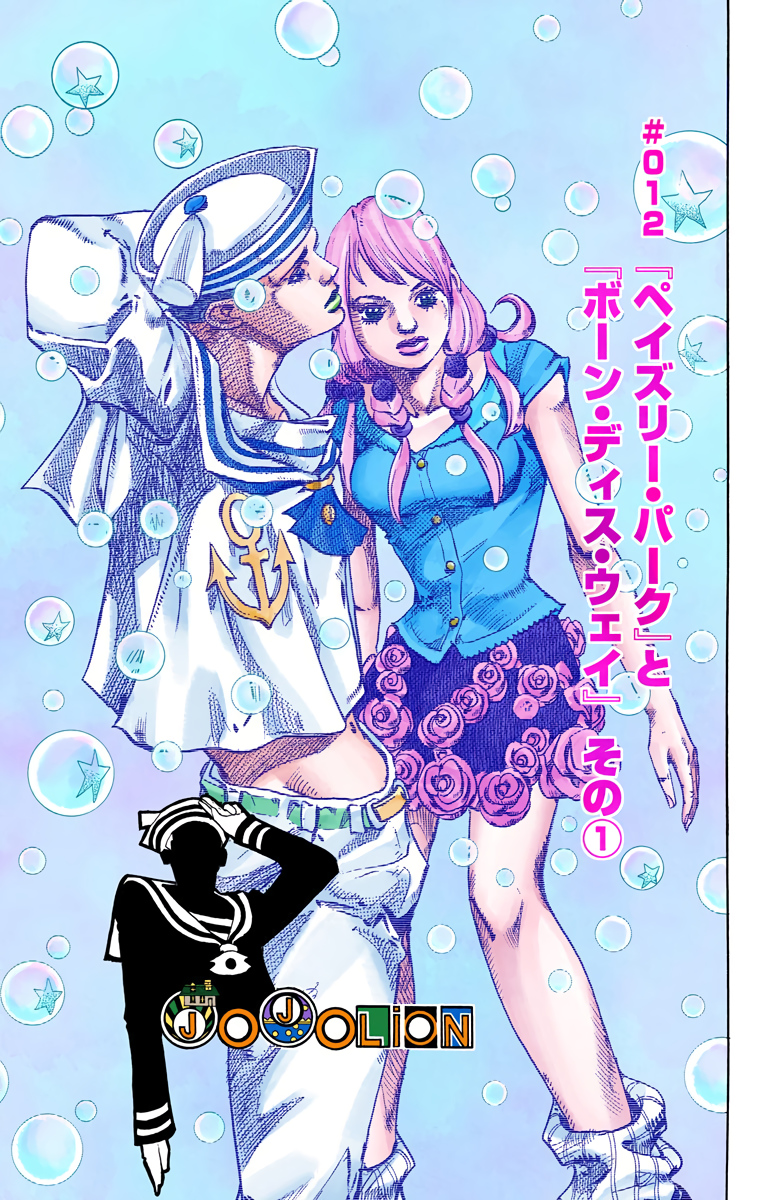 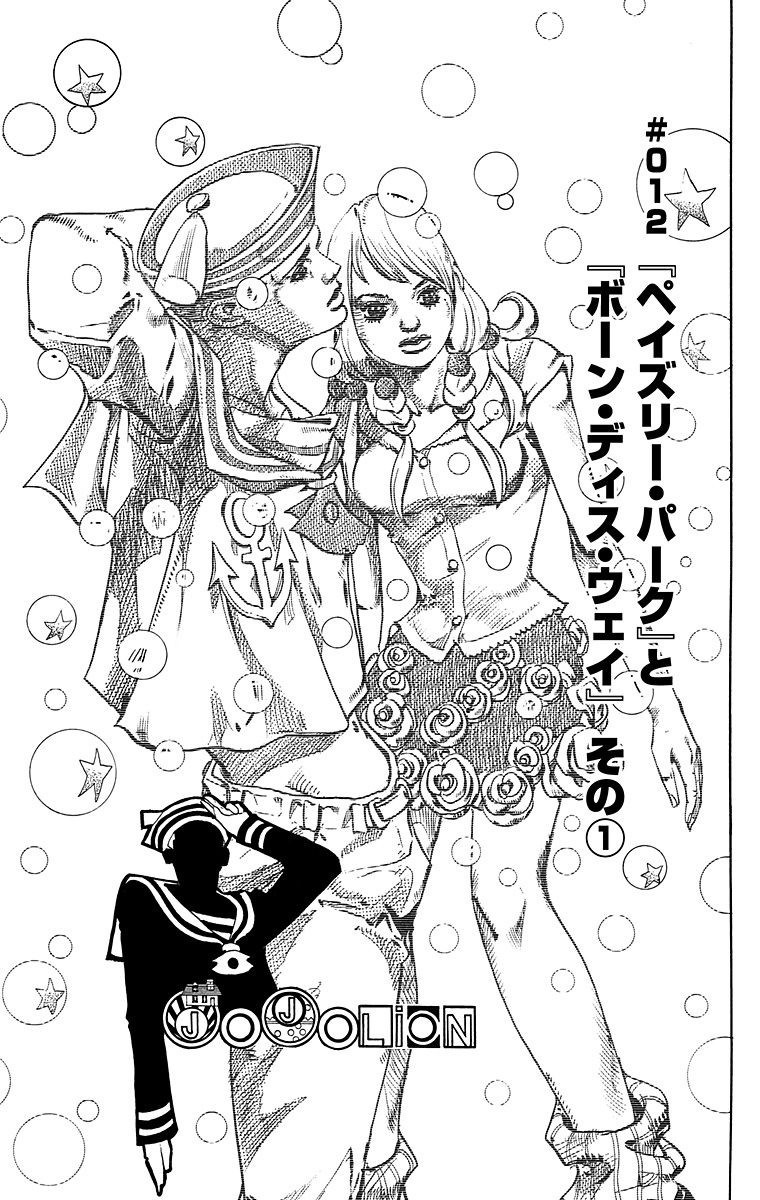 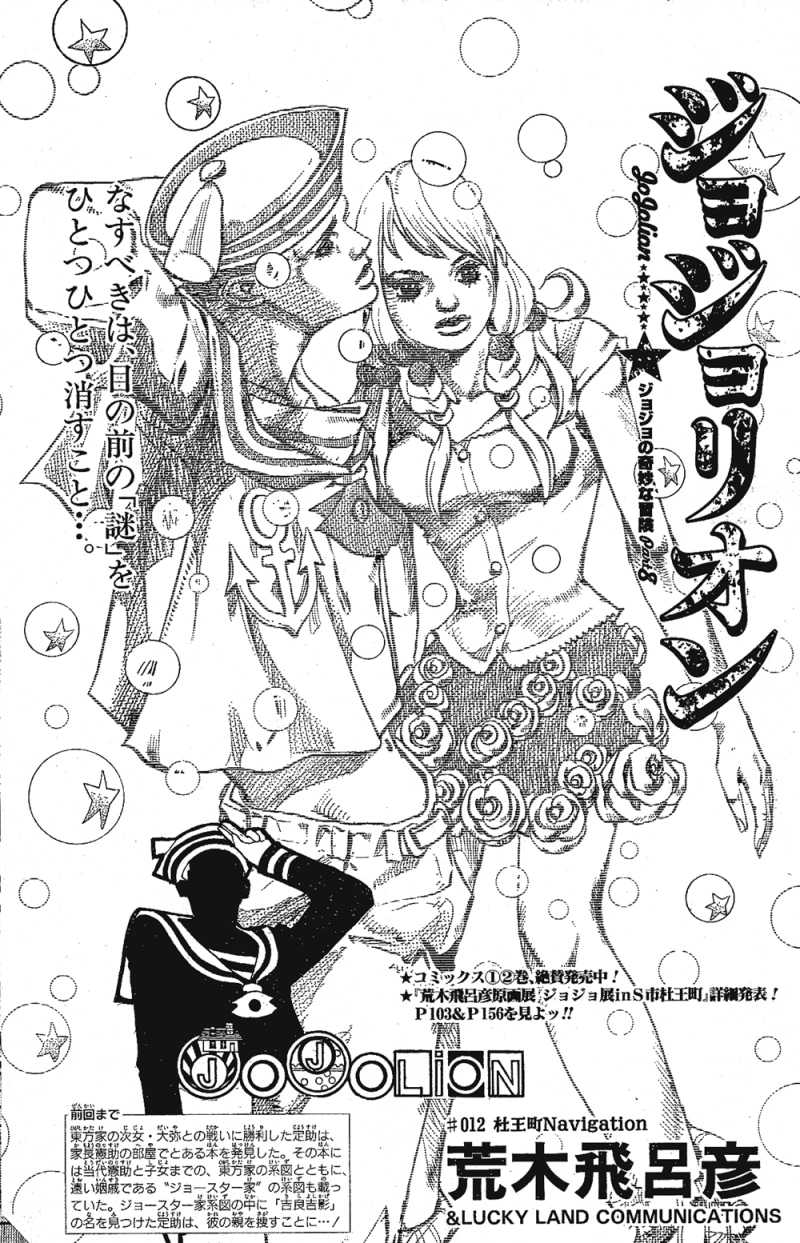 Using his voice GPS to navigate in the alleys, the GPS suddenly acts strange by instructing him to make a U-turn without apparent reason. The GPS makes other strange instruction which Josuke chooses to disobey. Instead he opens a notebook and writes the direction, but he is soon interrupted when a strange man in a motorcycle aggresses him with whirlwinds. He trips and his head hits a sharp metal shard.