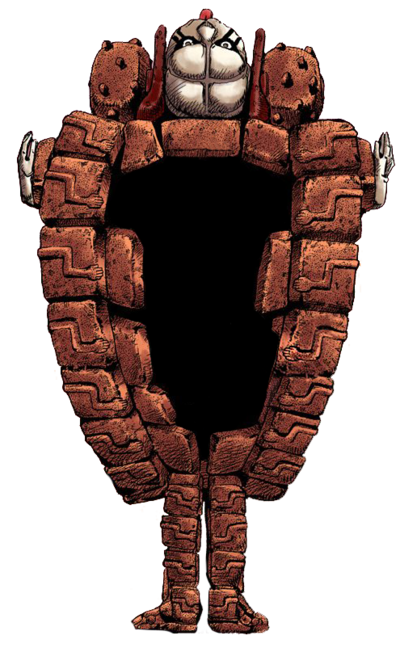 On each side of Doremifasolati Do's torso are two stones that are topped with spinning rock-like human hands. Doremifasolati Do has a caterpillar-shaped tail that is made up of stones and can also become humanoid legs,[3] allowing it to stand when above ground. Its torso lacks any internal organs, instead being a hollow pouch.[3] This functions as a makeshift cockpit, allowing a person to hide within its body like a shell.

The two retreat into the earth to destroy one of the lift's poles, making Josuke jump down to help Yasuho while Mamezuku is left alone. Thus, Doremi and Urban split, with the Rock Animal pursuing Josuke and Yasuho. Doremi proves to be impervious to Josuke's bubbles and almost gets him, but Josuke uses his bubble to float above the ground. Josuke and Yasuho then reach a great rock on which they jump. Doremi slowly but surely eats at it. When Mamezuku is downed, Josuke jumps to his rescue and Doremi pursues him. Under the ski lift, Urban Guerrilla and Doremi combine again and trap Josuke underneath it. However, Urban Guerrilla is distracted by Josuke and notices too late that he and Mamezuku have pierced a gas tank and cooperated to transport some inside of Doremi. Mamezuku lights a lighter and ignites the gas, making Doremifasolati Do explode with Urban in it.