The Wonder of You, Part 4 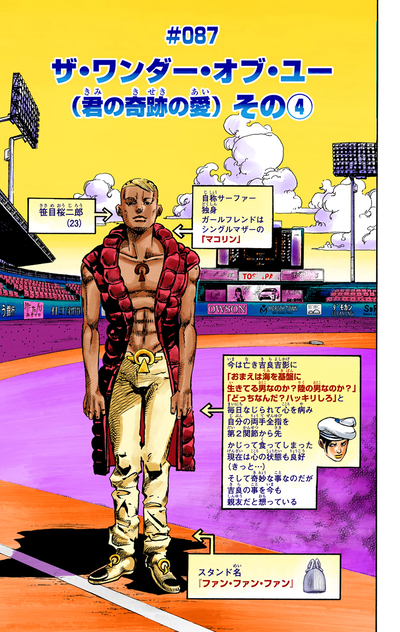 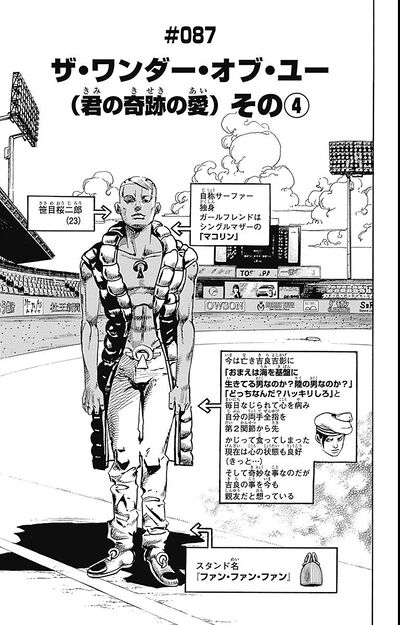 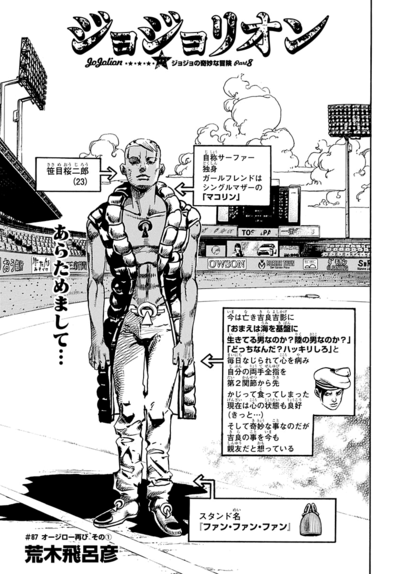 Ojiro Sasame is now in the commercial district of Morioh, gulping down an ice cream from the Higashikata Fruit Parlor as well as a number of snacks. In truth, he is watching the parlor itself. When an old lady complains about him trashing the place, he puts his trash in a bag but then sticks it to a passerby's luggage with his chewing gum. Watching the Higashikata Family, Ojiro prepares his next move.

Meanwhile, Tsurugi dozes off near a fountain, dreaming about the New Locacaca. Near him are sitting a mother and her baby, and the child almost touches Tsurugi's origami only for the mother to take it from him. Tsurugi suddenly wakes up and seeing what is happening, cries in panic and flees. The mother then realizes that her baby is drowning in the fountain. Feeling the first symptoms of the Rock Disease, Tsurugi impatiently waits for the new fruit and is determined to keep silent about his condition so that Norisuke doesn't plan to perform an equivalent exchange. Seeing a group of older kids passing by, Tsurugi asks himself if he will be as happy as them when he reaches their age, and wonders what must be done to be happy.

Tsurugi later arrives at a cliff and is confronted by Ojiro. Ojiro exposes his research about Tamaki Damo's dry cleaning business and tells that he knows about the Locacaca Organization's money laundering scheme. Gloating about the punishments the members could suffer if they ever were exposed, Ojiro corners Tsurugi to the border of the cliff. He mentions that his "friend" Yoshikage Kira died here and too the Locacaca itself and says that he knows about Jobin's smuggling of the fruit and demands to be introduced to him or else he'll tell the police. Distressed, Tsurugi seems he's about to fall off the cliff, but it is Ojiro who finds himself falling. Luckily, he grabs a nearby pine tree's branch, and he realizes that he's been affected by Tsurugi's Stand and that he's dealing with a Stand User. 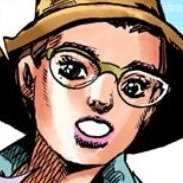