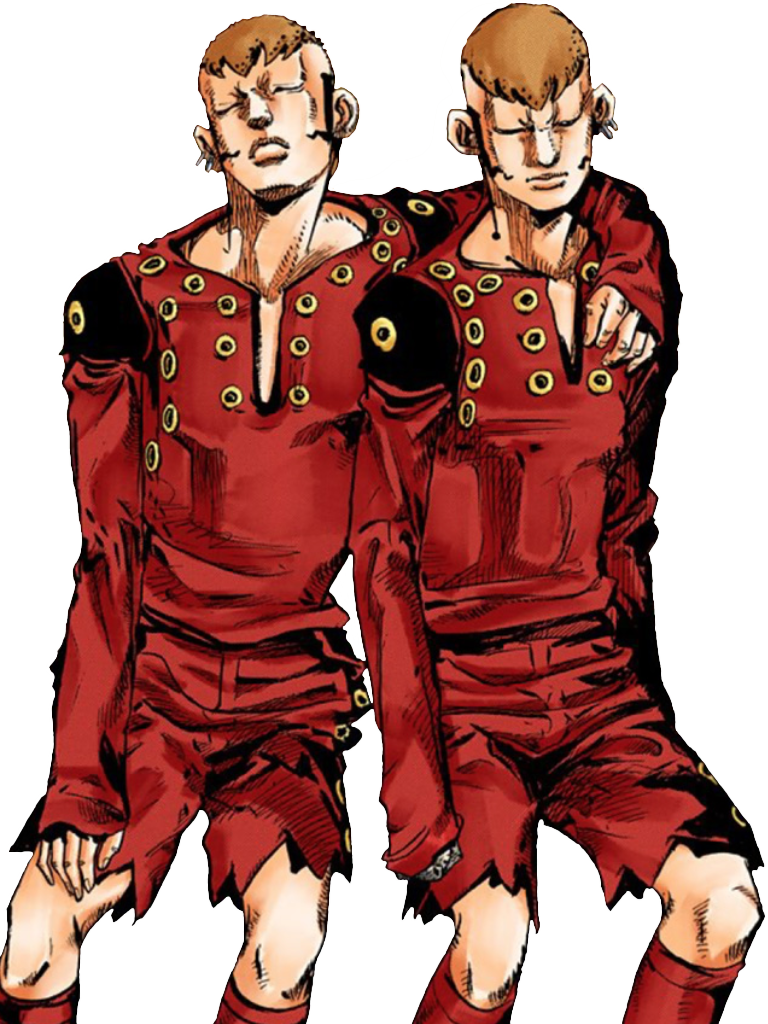 Incinerated to death by Karera Sakunami

As members of the Locacaca Organization, the A. Phex Brothers are quite accustomed to violent actions towards those in their way. They brutalize a couple of policemen who wanted to arrest them,[6] set Karera Sakunami on fire to dispose of her[7] and when Josuke interposes himself, they quickly decide to kill him as well.[8] They do show some restraint and are able to calmly ask random citizens about the whereabouts of their target.[9] 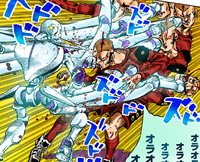 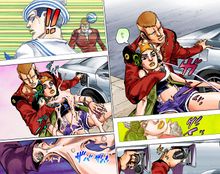 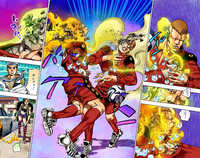