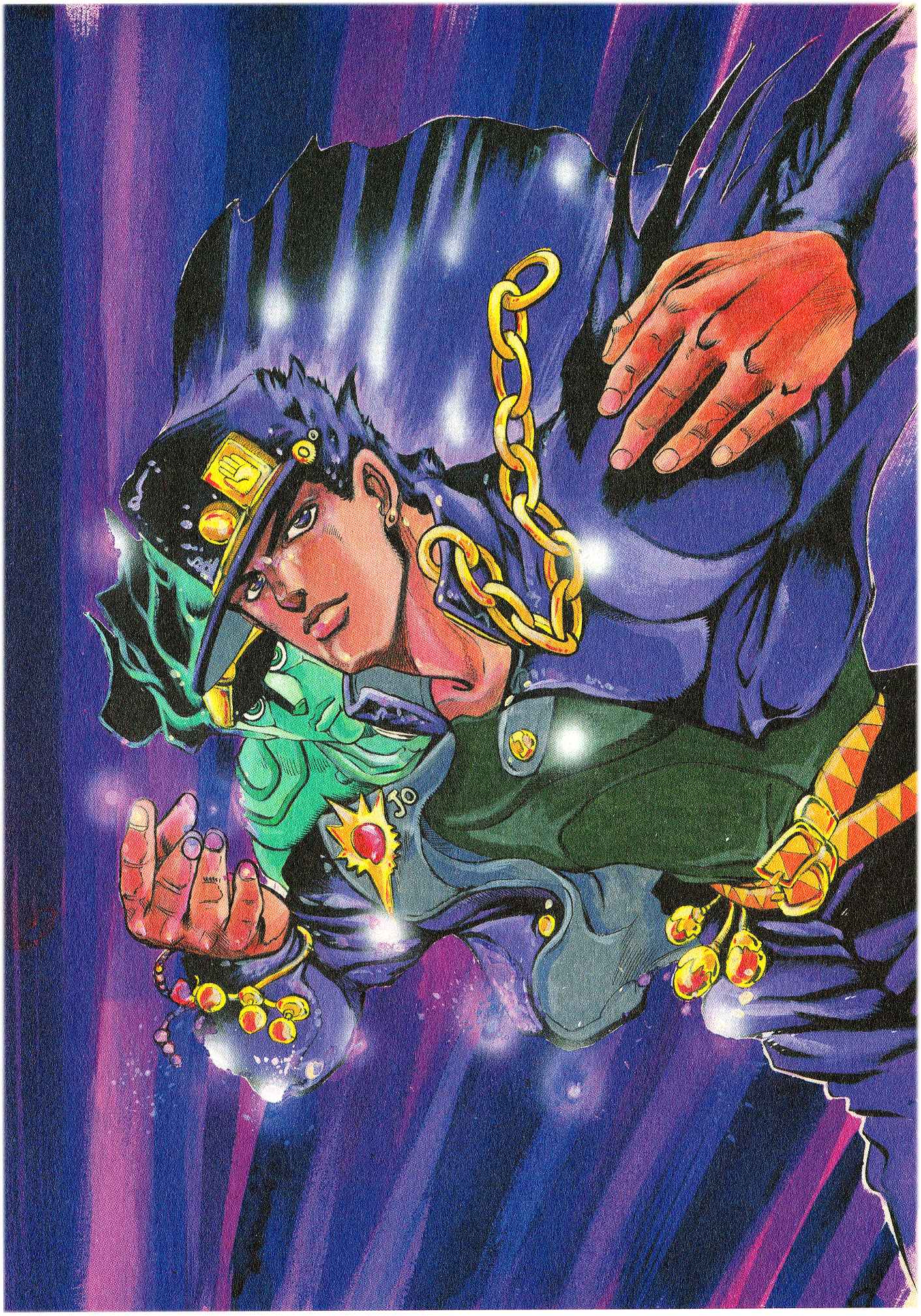 I'm Vish, an administrator and co-owner of JoJo's Bizarre Encyclopedia. I tend to do anything on the site including writing content for pages, adding images, moderating recent changes, and helping other users. My main areas of expertise are maintaining the code of the website and creating/editing templates.

I started reading JoJo's Bizarre Adventure in June 2012, coincidentally just a few weeks before the anime was announced. A friend from a forum had convinced me to by showing random panels out of context like rainbows "turning people into snails", and Dio transforming into a dinosaur. All Star Battle also made me start reading it because the characters looked interesting and I wanted to make videos of it for my YT channel.

Before that, I only knew about Jotaro, DIO, and Old Joseph from M.U.G.E.N, videos of Heritage for the Future, and Jump Super Stars. I eventually caught up to JJBA in August 2013 before ASB released and am currently awaiting each chapter of JoJolion.

On the old wiki, I became a moderator in 2016 and then an admin in 2017. Kaiser and I were considering to move to our own site but we didn't think it would be feasible at the time. Finally, I bought server hosting in October 2019 and managed to create this site.