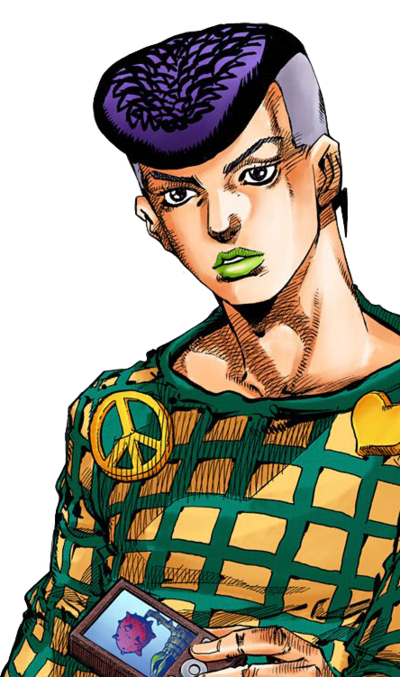 Josefumi Kujo (空条 仗世文, Kūjō Josefumi) is a primary character featured in the eighth part of JoJo's Bizarre Adventure, JoJolion. Josefumi is alluded to in Chapter 44 but gains real significance in the "Vitamin C and Killer Queen" story arc. 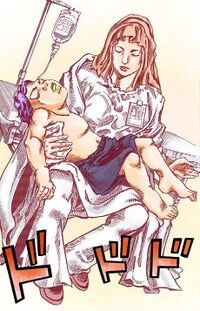 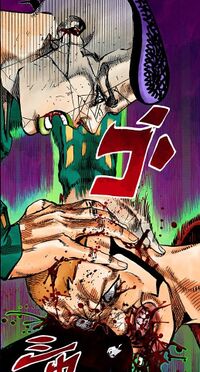 Josefumi was named by his grandfather who found the name Josefumi (仗世文) carved on a geta sandal that he had found, unknowingly belonging to Joseph Joestar.[1] As a child, Josefumi nearly drowned during an outing to the beach with his mother, being drawn underwater and striking his head on a rock, leaving him for dead. He ended up in the care of emergency room doctor Holy Joestar-Kira, who recognized Josefumi was suffering from a fatal blood clot in his brain and asked her son Yoshikage Kira to use his Stand to remove it, saving the young Josefumi's life.[15]