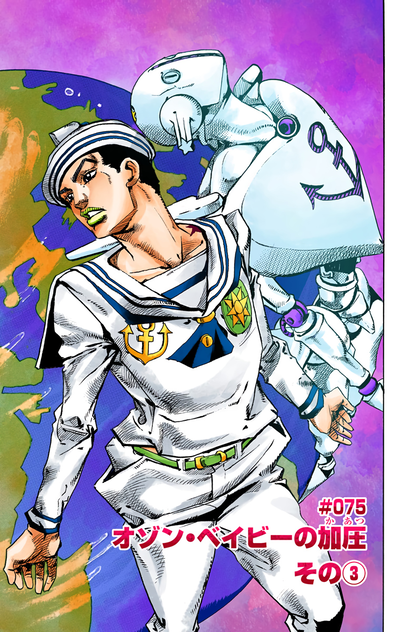 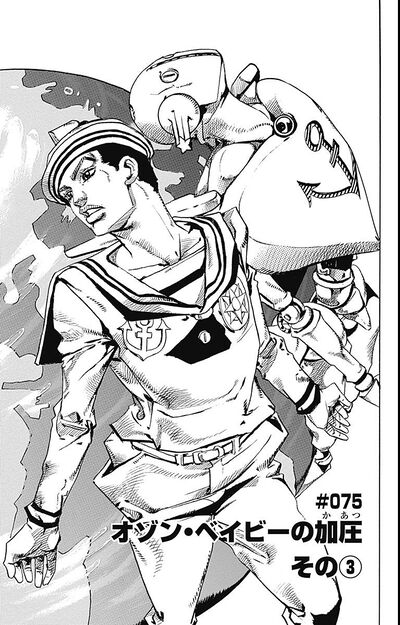 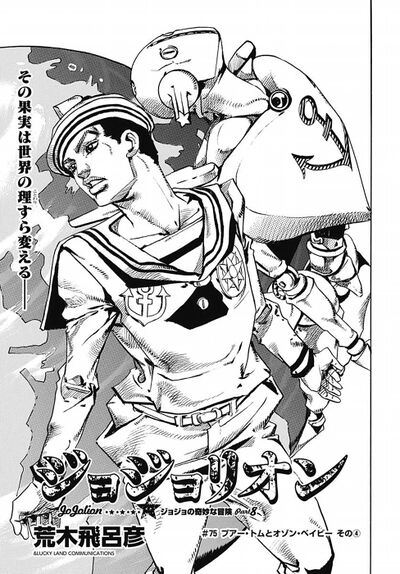 The chapter begins with the narration of Rai Mamezuku's early life. When he was a child, his parents grew prized high-class pears which would sell for millions of yens. However, because their techniques were leaked, a competitor tied to money-lenders ravaged Mamezuku's parents' orchard, ruining their crop and forcing them to sell the land. Unable to forgive his parents' incompetence, Mamezuku secluded himself on a mountain slope and managed to cultivate fruits in spite of the harsher climate. He then became Norisuke Higashikata IV's business partner.

In the present, Josuke Higashikata observes Mamezuku in the burning garden strangling Poor Tom as he tries to hold on to the Locacaca branch. Mamezuku ties up Tom's neck even further and threatens to break his neck. Lamenting his predicament, Poor Tom nonetheless declares his victory. Suddenly, Mamezuku's face begins to cave in and his liver collapses on itself. The Rock Human reveals that whoever directly touches him faces the full brunt of Ozon Baby's power, and Mamezuku falls to the ground. Rushing to help, Josuke places several yew seeds in bubbles and fires them at Tom. Earlier, Mamezuku had explained how poisonous the seeds were. Josuke pops the bubbles, propelling the leaking seeds toward Tom, whose mouth is forcefully opened by Mamezuku's Doggy Style.

Having swallowed the seeds, Poor Tom takes out a knife but unexpectedly tosses it aside. Instead, he uses the sheath, pressing Mamezuku's wire inside to simulate a closed space. The pressure thus increases dramatically for Mamezuku, whose head explodes. The plant appraiser appears to be dead. Not far from the battle, Jobin and Tsurugi also note Mamezuku's supposed demise.

Josuke continues to approach Poor Tom, but the pressure increases as he closes in on the Rock Human. Still poisoned, Poor Tom gloats as he seizes the branch. Crawling up a rock formation to flee, Tom hears the sirens of a fire engine. He then guesses that an ambulance from the hospital will certainly be there to save him, and wonders whether the ambulance's windows will be closed, a sign that the allies who know of his powers are coming. Noticing that Josuke is still pursuing him, Poor Tom shouts at him to abandon the fight.

Determined to save Holy Joestar-Kira and motivated by Mamezuku's supposed death, Josuke launches a multi-layered bubble containing what Poor Tom sees as another yew seed. The layers gain pressure and pop one at a time, allowing the bubble to fly faster and more erratically. Pursued by the bubble, Tom is finally cornered just as the fire trucks and ambulance approach.