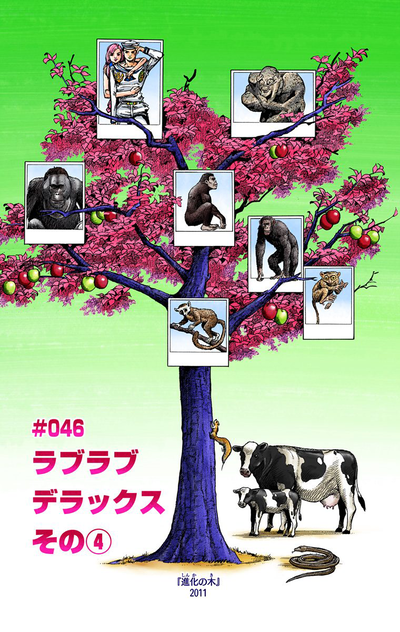 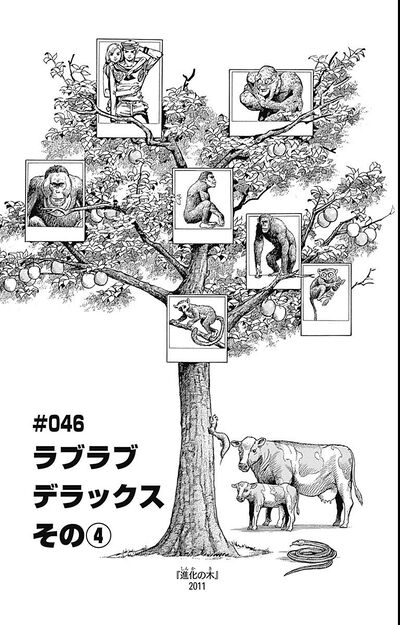 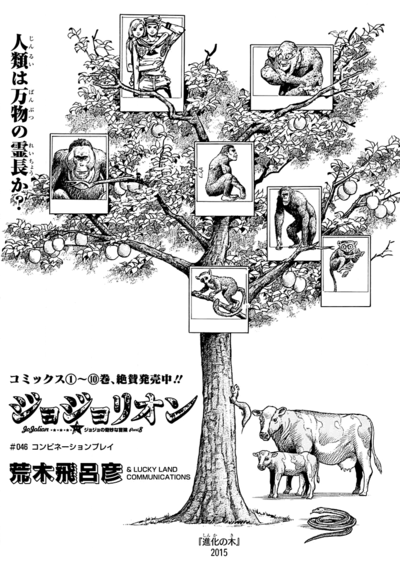 The chapter begins with a detailed description of the Rock Humans: their physiology, their habits, and how they've inserted themselves into society.

The elder brother grapples Josuke from behind while the younger brother kicks him ball near them. The elder then puts his hand inside the ball, but Josuke warns him not to transfer the poisonous gas from hand to hand. The Rock Human does it anyway and Josuke's bubbles instead appear from his right hand, as Josuke planted the bubbles full of gas inside the ball; the bubbles surround the elder. Before the A. Phex Brothers can react, the elder is set on fire by Karera who used the latter's lighter and burned a wick made of hair to ignite the gasoline which is still covering him. The elder A. Phex Brother panics and runs toward the younger, which is when the bubbles full of poisonous gas pop and kill both brothers. As the A. Phex Brothers crumble into stone, Karera announces that she's decided to stay a little while longer in Morioh and having realized that Josefumi and Kira have made an equivalent exchange, decides to look for the Locacaca fruit for mysterious purposes. Karera finally leaves before Josuke can ask her further questions about himself. It is the first he hears the name "Locacaca".

Author's Note
“
I went to the anime's afterparty and there were lots of people there. Sorry for watching it so casually.
”
—Hirohiko Araki
“
アニメの打ち上げに参加したらたくさんの人がいた。気軽に観ててすいません。
”
—Hirohiko Araki