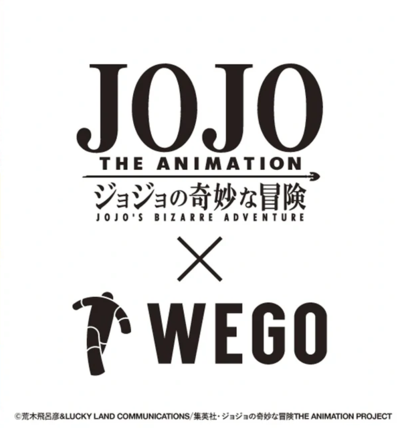 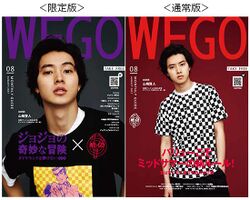 WEGO is a Japanese clothing company that offers casual Harajuku-style clothing and accessories for all demographics. Founded in 1994, the label offers a wide selection of unique clothing options and exclusive collaborations with major brands like Kappa, Disney and Shueisha. There are currently more than 150 WEGO stores spread throughout Japan.

On December 14, 2018, another collaboration consisting of a Golden Wind-themed set was released to forty stores nationwide in conjunction with the broadcast of the TV Anime.[4] A similar continuation of the Diamond is Unbreakable line was also introduced on November 18, 2019, both consisting of various hoodies, crew-cut sweatshirts, Caps and tote bags.[5]

On November 8, 2020, a line based around the main antagonists featured thus far in the JoJo TV Anime was released. The clothing items in this set are similar to the previous collaborations.[6]